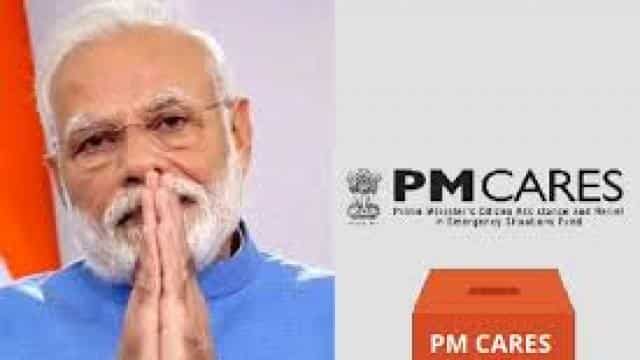 More than half of the total commitment made by the industry to combat the corona virus epidemic, Rs 4,316 crore was given to the Prime Minister’s Civil Assistance and Emergency Relief Fund (PM Cares Fund). Rating agency Crisil said this on Tuesday. The CRISIL Foundation said in its report on CSR (Company Social Responsibility) during the epidemic that the contribution of 113 top companies to the newly-formed PM-Cares fund exceeds Rs 3,221 crore given to other relief operations related to the corona virus.

The fund was launched in March after the announcement of ‘lockdown’ to prevent the corona virus epidemic in the country. Since that time, there has been concern about transparency regarding the PM-Cares fund. At the same time questions were also raised on the need for such funds, while there was already a system to help people and it also meets transparency standards.

Also read: No further certificate is required for tax exemption on donations to PM Cares Fund

However, the Supreme Court dismissed the petition filed against Kosh. Last month, the government announced that the PM-Cares Fund was allocating Rs 3,100 crore for various measures. This included Rs 2,000 crore for the purchase of ventilators, Rs 1,000 crore for the help of migrant laborers returning to their villages and Rs 100 crore for vaccine development.

Crisil said it analyzed expenditure on the social sector of 130 companies. Of this, 113 pledged assistance in cash or otherwise. 84 of them contributed Rs 7,537 crore. This can be classified as CSR expense. The remaining 29 companies gave Rs 373 crore to other funds. A contribution of Rs 84 crore was given in the form of voluntary donations which would not fall in the category of CSR spending.

Apart from this, there are reports of contributions to the Chief Minister’s Relief Fund. It is not placed under CSR expenditure. According to the CRISIL report, of the 84 spending units, 67 per cent or 56 units are from the private sector and they account for two-thirds of the total contribution of Rs 7,537 crore. At the same time, 24 companies are in the public sector and their share is 30 percent and seven are foreign companies.

Of the 84 companies pledging cash assistance, 36 are from Maharashtra. His contribution was Rs 4,728 crore which is 63 percent. The national capital was followed by Delhi. 13 companies from Delhi contributed 17 per cent, while nine companies were from Gujarat, which contributed 7 per cent of the Rs 7,537 crore. According to the report, 48 of these 84 companies spent for the Kovid-19 at the company level and not at the group level. Of these, 28 spent more than half of the total CSR expenditure of 2018-19. At the same time, 16 companies spent equal to or more than in 2018-19.

Of the 4,817 companies listed, 1,976 essentially meet the CSR spending criteria. Of this, 1,276 actually cost. At the same time 129 are not spending giving reasons like citing difficulty in identifying the project. 102 did not mention this in their annual report, while 150 said they did not have to spend.