Changes are happening in these things from sweets to motor vehicles from today, it will make an impact in your life. 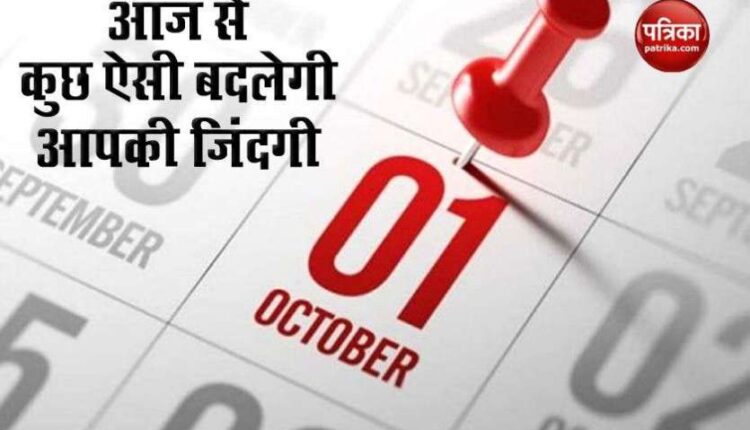 new Delhi. Some important changes are going to happen in your life from today. We are not saying this because the government-issued unlock 5 guidelines have been implemented from today. But also saying that because there will be other changes beyond that which will completely change your daily routine. Like old sweets cannot be sold. The changed rules of the Vehicle Act will come into force from today. Also, there will be tax on those sending money abroad and there are rules and laws which have changed from today. Let us also tell you.

Naked on old sweets
The government has clamped down on sweets even before the festive season starts. The government has made strict rules and now the sweet shopkeeper will have to give the time limit for its use. This means that the shopkeeper will have to give information about how long the uttak sweets can be eaten. This rule made by FSSAI has come into effect from 1 October 2020 ie from today. There has also been a provision for strict action against those who do not do so.

Also read: Delhiites get relief on domestic gas cylinders for third consecutive month, this price will have to be paid

Television becomes expensive
Today, buying television has also become expensive. The government has decided to impose a custom duty of 5% on the import of open cells used in the manufacturing of TVs. Earlier, a one-year concession was given by the government. Which is over on 30 September. Starting today, the price of 32 inch television is expected to increase by Rs 600 and 42 inch by Rs 1,500.

Changes in motor rules
There have been changes in motor vehicle regulations since today. According to the Ministry of Road Transport and Highways, from today onwards, the necessary documents of vehicles like licenses, registration documents, fitness certificates, permits etc. will be maintained through the government’s web portal. Now a digital copy can also be run. Records of offenses such as e-challan including suspension, compounding and revocation of licenses and registration will also be available on this web portal.

Also read: Today Petrol-Diesel Price: Relief in Diesel on first day of the month, how much will Petrol have to pay

Tax will be levied on sending money abroad
From today onwards, if you are sending money to a foreigner, then you will have to pay tax on it. That is, if your child is studying abroad and sends money to him from India, then you will have to pay an additional 5% collected at source (TCS) tax on that amount. According to the Finance Act 2020, RBI can remit up to $ 2.5 million annually under the Liberalized Remittance Scheme. There is no tax, which has been changed in the rule to bring it under the tax net.

‘Navjot Singh Sidhu’ gave a stone to ‘Sapna’ to hit Archana Puran Singh’s head, you will also laugh by watching a funny video

‘Mastermind’ is an actor of Bollywood Drugs Connection, has been a supermodel before – reports