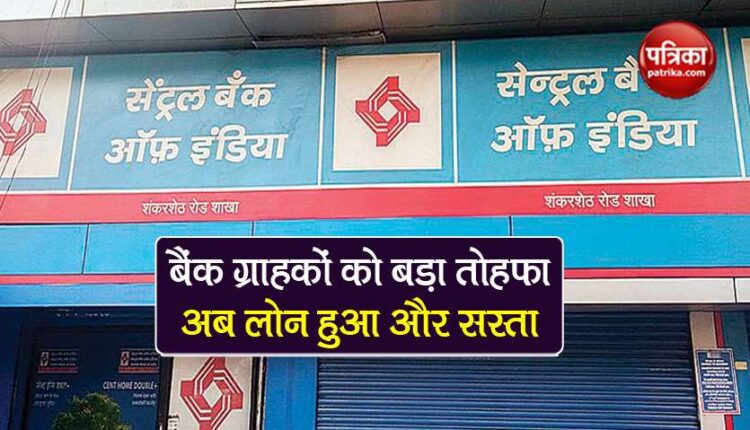 new Delhi.
Central Bank of India has given a big gift to its customers. The Central Bank has reduced the Marginal Cost Based Interest Rate. The bank has reduced MCLR by 0.05 percent. In such a situation, if you are thinking of taking a loan then this can be a good opportunity. The bank has said that this deduction has been made on all types of loans, which will come into effect from Tuesday 16 September. Let us tell you that earlier many banks including SBI Bank Loan had cut interest rates. Earlier, Bank of Maharashtra has reduced MCLR from 7.40 per cent to 7.30 per cent and 7.30 per cent to 7.25 per cent on loans for one year and six months respectively.

PM Shram Yogi Maan-dhan: With an investment of just 55 rupees, you can get a pension of up to 3 thousand, know scheme

According to the report, the bank has said that the one-year MCLR has been reduced from 7.15 per cent to 7.10 per cent. The MCLR for one day and one month has come down to 6.55 per cent from 6.60 per cent earlier. The bank has also cut MCLRs of three months and six months duration.

Atal Beemit Vyakti Kalyan Yojana: Government will give salary up to 50 percent to those who lose jobs in Corona, will have to register

Loan will be cheaper
Explain that banks offer MCLR linked loans with a one-year reset frequency, so that customers take longer to get the benefit of a cut in the bank’s MCLR after the loan.