Case filed on Ram Gopal Varma’s film ‘Murder’, the filmmaker said – I had no intention of degrading anyone 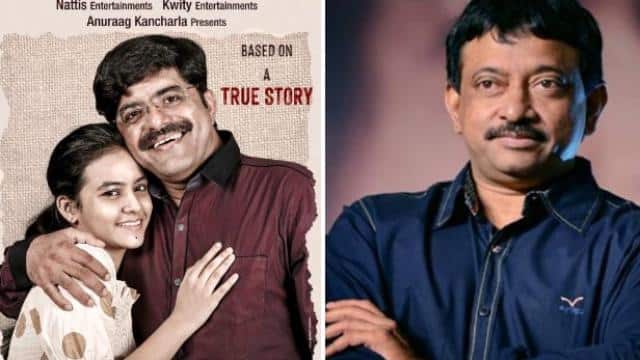 The lockdown may have locked the film industry but no one has stopped Ram Gopal Varma. He has released his films online one after the other. From the climax to the naked and now Murder film is set for release. Ram Gopal Varma is known for making adult and bold films. But it has been in dispute ever since he announced the release of the film Murder. The film is based on the honor killing case of Miryalaguda, a city in Telangana, which took place in the year 2018.

Balaswamy, Victim Prannoy’s father has filed an application in the court against Ram Gopal Varma’s film. He says that the case in the court is still pending, making a film on it is justified, but the photo used in the film’s poster is done without asking him. According to NDTV, the case was filed yesterday. It is registered under section 153A.

With regard to media speculations on the case filed on my film MURDER, I once again want to reiterate that my film is based and inspired from a true incident and it is not the truth ..Also having no mention of anyone’s caste in the film pic.twitter.com/apiT6rKJDn

With regard to the case filed on the basis of uninformed speculations, our advocates will give an appropriate reply as required by law pic.twitter.com/Fa6qQbFh84

I specifically mentioned that I have no intention to demean or degrade anyone and my film is just a creative work based on a subject which is in the public domain .. but as a citizen who respects the law i too will proceed legally to protect my fundamental rights pic.twitter.com/61PlT8kUBW

Hina Khan said that the actors did not pay – this is wrong, at least half the payment should be given to the producers

On this, Ram Gopal Varma has tweeted and tweeted. Ram Gopal Varma writes that on the case of murder, let me tell that my film is completely based on a true incident and it is not true. There is no talk or mention of the cast of anyone in the film. We will present the answer in the court on the case filed.

PM Modi’s treatment will be in this scheme of PM Modi, know what is the government’s plan

If you also withdraw more than 20 lakh rupees from a bank account, know what SBI rules say