By Dussehra, gold can cross 60 thousand and silver crosses 1 lakh rupees, know the reason behind it 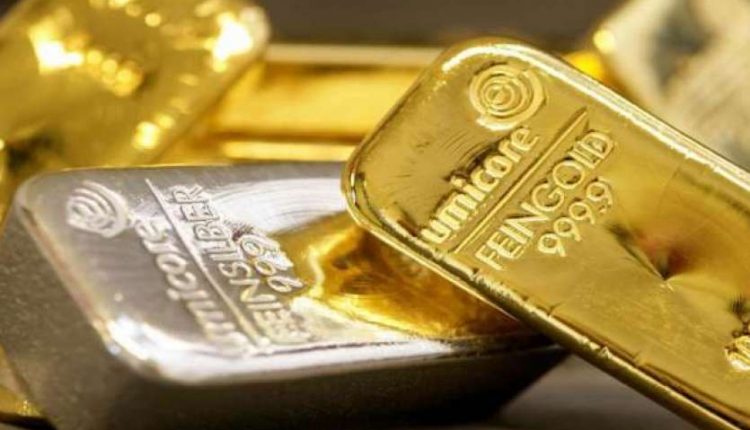 Steady fall in rupee
The rupee has been witnessing a steady decline for the past few weeks. Has fallen below 3 rupees in a month. In the month of March, where the rupee was around 72 rupees against the dollar, it has now reached around 75.80 rupees. Which is expected to go up to 78 rupees in the coming days. The effect of which can be seen in the price of precious metals i.e. gold and silver. According to experts, whenever there is a fall in the rupee, there is a rise in the price of gold in India. On the other hand, if the dollar falls in the international market, then the price of gold and silver is supported. GDP growth volatility
Global and Indian GDP growth had been making good estimates for a few weeks, but ever since the country and the world have seen a spurt in Kovid cases, various economic agencies have started keeping India’s growth down. . According to a report by Care Ratings on Wednesday, India’s GDP growth is expected to be 10.2 per cent. Whereas before this, the agency had estimated the same at 10.9 per cent. Whereas on 24 March, India’s GDP growth by the agency was 11.2 percent. That is, India’s GDP has been reduced three times in the last one month. In such a situation, the investor can continue to invest in Safe Haven instead of anyone. Rise in inflation
On the other hand, there is an increase in inflation in the country and the world. Engaged in the announcement of the epidemic package from Japan to the United States. Due to which, the world has increased the expectation of inflation. At the same time, India is also increasing liquidity to boost many sectors. In this month’s monetary policy meeting also, the Reserve Bank of India had said that they will continue to increase the liquidity in the market. On the other hand, retail and wholesale inflation figures have also reached an 8-year high. Due to which gold and silver are sure to get support. Kovid figures three times higher
If compared to the previous year, the Kovid figures are coming three times more in the country. Last year, the increase in daily kovid cases had not reached one lakh. Now its figure has exceeded 3 lakhs. Because of which there has been instability in each sector. Investors are in a mood of caution. As was seen last time, investors had increased investment in gold except for the stock market and other components, this can also be seen this time. At the same time, according to an estimate, there may be an increase in the global demand for gold in the coming days. Due to which the price can be seen to be faster. Currently, the price of gold and silver
Presently, after the initial rise in gold and silver, there is pressure. First, talk of gold, today gold opened at Rs 48,252 per ten grams, which reached the day’s high with Rs 48,260. Currently, gold is trading at Rs 47,951 at 11:15 am. Let us tell you that in the month of April, gold has become more expensive than 3 thousand rupees. Talking about silver, it is trading at Rs 69,992 with a fall of Rs 346 at 11:15 pm. Whereas silver opened at Rs 70,399 today. Silver has become more expensive than Rs 5000 in the month of April.