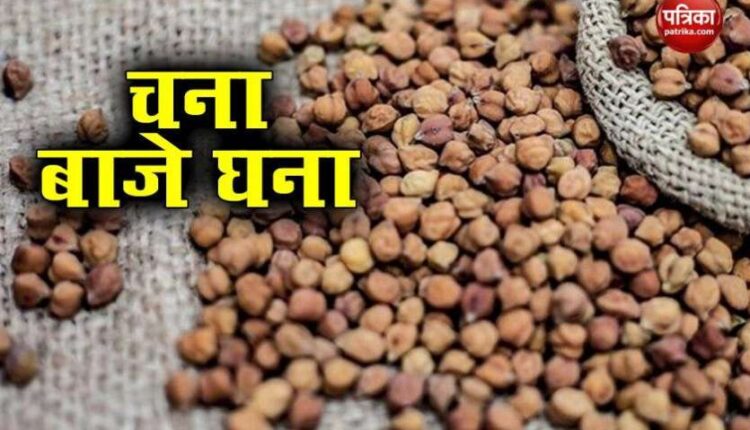 new Delhi. Among the pulses, the cheapest gram is the main source of protein in the diet of the common consumers, but due to lack of stock and increasing demand for pulses and gram flour in the festive season, the price of gram has risen strongly. Since last month, the process of fasting in gram has continued. In about 40 days, gram has become expensive by Rs 1000 per quintal. According to experts, the price of gram is expected to go up to Rs 6,000 per quintal till the upcoming festive season i.e. Deepawali.

Production of gram reduced by estimates
Traders have cast doubt on the government’s estimates of gram production in the last Rabi season. In the third advance production estimate for the crop year 2019-20 (July-June) released in the month of May by the Union Ministry of Agriculture and Farmers Welfare, 109 million tonnes of gram production was estimated in the country. All India Dal Mill Association President Suresh Aggarwal has said in a media report that according to the trade estimate, the production of gram in the last crop year in the country does not exceed 85 lakh tonnes.

Also read: Share market’s move to be decided by US Fed Reserve meeting and economic data

The biggest reason for the increase in the price of gram
1. The rise in prices is a major reason for the reduction in production estimates.
2. The inclusion of gram in the free grain distribution scheme introduced in the Corona period has increased the consumption of gram.
3. The third major reason for the increase in gram, the demand for gram flour in gram flour increased due to the cost of peas, and to meet the demand of pulses and gram flour in the festive season, the purchase of mills in gram is fast.
4. The price of gram is still the lowest among all the pulses, so gram dal is cheaper than other pulses and consumption demand in gram remains high due to vegetables being expensive during the rainy season.
5. Chana prices are also rising due to the ban on import of peas. India used to import 20 to 2.5 million tonnes of peas, but due to non-import this year, the demand for peas has also shifted to gram as the price of desi peas is currently higher by Rs 6,400 per quintal.

Price can reach 6000 rupees till Deepawali
According to experts, the next crop will be sown in October. Which will be harvested in April 2021. That is, there is still a long time till the next crop comes from the decrease of gram stock. Due to which the prices will continue to rise, so can prices up to Rs 6,000 per quintal by Diwali.

Chana in new stock is very less
According to the information, the old stock of gram owned by Nafed is of very poor quality and has deteriorated, while this season, Nafed has purchased about 2.2 million tonnes of gram. Gram from the stock of Nafed is being used in the free grain distribution scheme. Under the Pradhan Mantri Garib Kalyan Anna Yojana, every beneficiary family of PDS is given one kg of whole gram every month. The consumption of gram is estimated to be around 9.70 lakh tonnes from July to November.

Petrol, Diesel Prices Today: Petrol-diesel prices have not changed for…