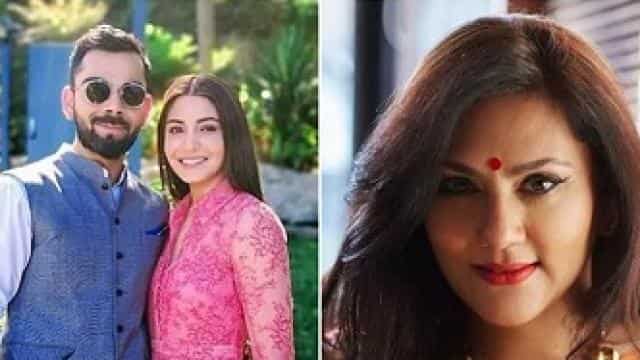 Deepika Chikhaliya, who played Sita in the show since Ramayana was telecast again, is in the news these days. She is also very active on social media and keeps sharing her experience with fans about the show. Now recently, Deepika during an interview to PM Narendra Modi is the ‘Ram’ of today’s era.

Karan Johar is enjoying a lot with both his children Yash and Ruhi in the lockdown. He keeps making videos with them and fans like his videos a lot. Now Karan has again shared a new video of the two in which Yash says something that even Karan cannot stop his laughter.

Karthik Aryan has been in discussion about his beard for a long time. Karthik had not shaved since the lockdown and his beard grew much larger. He used to keep posting with his beard. Now he shared his video on Saturday in which he is sitting when his mother says that he gives her a pot then he gives her a pot. Then she says to give sari and Karthik gives sari. She then says to give the car, but Karthik realizes that she is speaking a beard and removes his beard.

Shoaib Ibrahim asked the user – does the family force wife Deepika to wear a suit, the actor gave a befitting reply

Deepika Kakkar Ibrahim and Shoaib Ibrahim are spending quality time with each other these days. Recently Shoaib spoke with fans on Instagram. During this, he answered many questions from fans. Meanwhile, a user asked Shoaib such a question that he got angry.

Bhojpuri star Dinesh Lal Yadav ‘Nirhua’ had a special conversation with Live Hindustan. During this time he talked about everything from lockdown to his upcoming projects. He also told about the biopic of Uttar Pradesh Chief Minister Yogi Adityanath.

These days all celebs are locked in the house due to lockdown. Due to the corona virus, all are leaving their work and spending time with family at home. However, in the meantime he is making many funny videos which are being well liked on social media. Now a video of Ritesh Deshmukh is becoming quite viral in which he is stroking the leg of wife Genelia D’Souza.

44-year-old Sushmita Sen poses hot on a bike, the picture is going viral

Bollywood industry actress Sushmita Sen also beats young actresses in terms of beauty. She keeps herself fit even at the age of 44. A picture of Sushmita is getting viral on social media. In this photo, he has shown his hot style which people are very fond of.

Shahrukh Khan’s close friend Abhijeet passes away, says you will miss him

The Bollywood industry lost two stars in April last month. Irakhan died on April 29, and on the second day, Rishi Kapoor left the world as Alvid. Shahrukh Khan’s close friends no longer live in this world. He has given this information on social media. Abhijeet, a very special member of Shah Rukh’s company Red Chillies Entertainment, has passed away. Shahrukh has suffered a major setback with Abhijeet’s death.

Shweta Tiwari’s daughter Palak did a glamorous photoshoot, giving competition to many actresses in beauty

Shweta Tiwari’s daughter Palak Tiwari is very active on social media. She keeps sharing many of her glamorous photos. Now Palak has shared some of his latest photos which is going viral on social media.