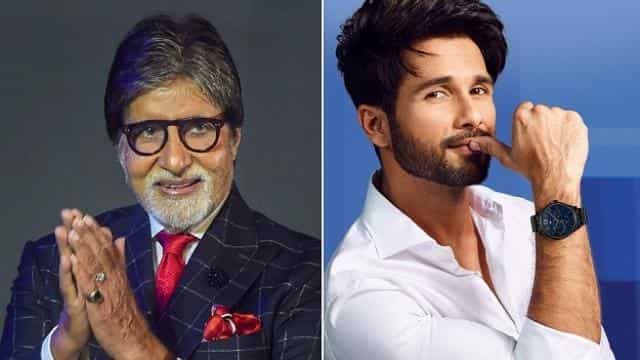 Bollywood actor Sonu Sood is in the news these days. He just helped migrant workers stranded in lockdown, train and bring them home from the flight. His work has been praised around the. During this, Sonu is also providing all possible help to those seeking help on social media. Meanwhile, a man has pleaded with Sonu for help with his girlfriend. The actor has given a funny answer to this person.

Bollywood actor Sonu Sood is in the news these days. He is helping the migrant laborers trapped in the lockdown to their homes by bus, train and flight. His work has been praised around the. During this, Sonu is also providing all possible help to those seeking help on social media. Meanwhile, a man has pleaded with Sonu for help with his girlfriend. The actor has given a funny answer to this person.

Bollywood actors are constantly coming forward to help the needy amidst the corona virus. However, people associated with the Bollywood industry have been affected more by the Corona crisis. Bollywood’s supporting actor and background dancer is struggling with financial crisis. In such a situation, Bollywood actor Shahid Kapoor has come forward to help them. Shahid Kapoor also transferred money to the background dancer’s account.

Bollywood actor Karthik Aryan has been running a series called Koki Askhega for the last few days. This time, his series guest was Famous Journalist Barkha Dutt. In the interview, Karthik asked Barkha Dutt many questions related to journalism in India, the problem of migrant laborers and the corona epidemic. During this, Karthik asked her that if her biopic is made, then which actress would she like to see playing her character.

Superstar Shah Rukh Khan’s daughter Suhana is one of the popular star kids. Even though he has not yet stepped into Bollywood, his popularity is nothing short of a celebrity. Suhana is often in the headlines for her photos and videos. Now a video of her is going viral, in which she is seen having fun with a friend.

There is hardly a day left for the release of superstar Amitabh Bachchan’s much awaited film ‘Gulabo Sitabo’. However, in such a situation, there is an atmosphere of despair among Lucknowites. The reason for this is that the film is releasing on the digital platform on June 12 and is unlikely to be released in theaters.

Bollywood actress Radhika Madan got a chance to meet her mother 14 days after reaching home. During this, she looked very happy. Actually, she was stuck in Mumbai due to a lockdown in the country due to Corona. During this time, as soon as domestic flights started, Radhika arrived from Delhi from Mumbai, but she had quarantined herself for 14 days before meeting the housemates.

Bollywood Amitabh Bachchan has provided flight facilities to send more than 500 people home to migrant laborers from Uttar Pradesh stranded in Mumbai. Amitabh is doing all these things secretly because he does not want to do any publicity in noble works. Still people are praising this generosity of Amitabh fiercely.

Actress What is common is such a thing between Aishwarya Rai Bachchan, Sushmita Sen and Priyanka Chopra? All three are winners of Beauty Pajent. And all three have got fame in Bollywood industry. Has become famous. Sushmita Sen became the first Indian woman in 1994 to win the title of ‘Miss Universe’. However, Aishwarya Rai and Priyanka Chopra Miss World 1994 and continued in 2000.

VIDEO: Shahrukh Khan and Gauri Khan have decorated their house with great wishes, ‘Mannat’, knowing the price will fly away!

Shah Rukh Khan and Gauri Khan, one of the most charming couples of Bollywood industry. Both have three lovely children. Suhana Khan, Abram Kham and Aryan Khan. The fan following of Suhana and Aryan is strong. Both have grown up and are studying abroad.

Petrol and diesel prices continue to rise, may increase to Rs 5 in next few days, know today’s rate

Gulabo Sitabo: Amitabh Bachchan will be seen beating a cunning