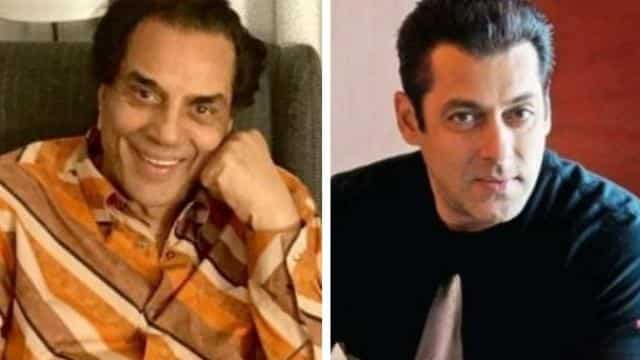 1- Salman Khan talked about his engagement and marriage with Yulia Vantur, said- I will give this good news to the fans myself

Actor Salman Khan’s fans are eagerly waiting for him to get married. However, Salman Khan always avoids this question asked by the media. Salman Khan is dating Romanian beauty Yuliya Vantur. Fans thought that the two would soon get married, but it has not happened yet.

2- Dharmendra shared the video of grasshopper terror, said- Be careful, I have encountered them in my childhood.

Bollywood veteran actors are very active on social media. He keeps sharing something for his fans. Now Dharmendra has shared a video of locust terror. He has appealed to people to stay home and be careful. Dharmendra shares the video and writes that be careful, I have encountered them once. When I was in class 10th, all the children were called to kill them. So be careful with them.

‘Kumkum Bhagya’ fame Shikha Singh and her husband (pilot) Karan Singh are very excited about pregnancy. Both are expecting the first baby. Shikha is quite enjoying her pregnancy phase. Recently, Shikha Singh shared some photos flaunting baby bump. Shikha is seen in shorts and sports bra in the photo. Pregnancy glow is clearly visible on Shikha’s face. She looks quite cute flaunting baby bump.

4- The woman said to Sonu Sood – did not go to the parlor for two and a half months, please reach out? Knowing the answer of the actor will be a lot

Bollywood actor Sonu Sood has become the messiah for migrant laborers. He has been working for the last several days to take the trapped laborers home. So far, he has brought more than 12 thousand laborers to his home. Also answering people’s questions through Twitter. And they are promising to help them in the same way.

6- No less than a princess Shahrukh Khan’s darling Suhana Khan, this photo of her going viral on social media

Shahrukh Khan and Gauri Khan’s darling daughter Suhana Khan remains very active on social media. She often treats fans. Since he made his social media account public, his fan following has also increased significantly. Suhana Khan may not have made her Bollywood debut yet, but the fans have maintained an Instagram account under her name. Recently he celebrated his 20th birthday. Meanwhile, a photo of Suhana Khan is going viral on social media.

Shah Rukh Khan and Gauri Khan’s son Abram had a 7th birthday on Wednesday. Gauri has now shared the video of Abram with Shahrukh. In this video, Shahrukh narrates horror stories to Abram. In the video, Abram is listening intently to the story from his father. Both the father-son chemistry looks very cute in the video. Sharing the video, Gauri wrote, ‘Abram with his favorite human listening to horror stories.’

Cyclonic storms of West Bengal, Assam and Odisha have caused massive havoc. Hundreds of trees have been uprooted and many walls have fallen in these states. 85 people have died in Bengal due to the havoc of the storm. In this catastrophe, Bollywood king Shah Rukh Khan has come in front of help. His team Kolkata Knight Riders have announced the relief package on Twitter. Now after Shah Rukh Khan, Bigg Boss fame and TV actress Devolina Bhattacharjee have given donations in Assam CM Relief Fund.

Akshay Kumar made a film on periods called Padman. After the film, Akshay has now become ‘Padman’ in real life. Actually, Akshay is associated with the campaign to provide sanitary pads to needy women. The NGO named Surrender is providing 10,000 sanitary pads to the needy women in Mumbai every day in association with FACC.

10- Sonu Sood, who is bringing migrant laborers home, said this in praise of Maharashtra Governor

The entire country is troubled by the Corona virus. The virus has caused a lockdown in the country and this has greatly affected the lives of daily wage laborers. Some workers are trapped away from home. However, Sonu Sood has come forward to help these laborers. They have brought many laborers to their homes so far. Sonu is getting much praise on social media.

Katrina Kaif sent a box of slices, Arjun Kapoor said – are you a Santa Claus of summer?