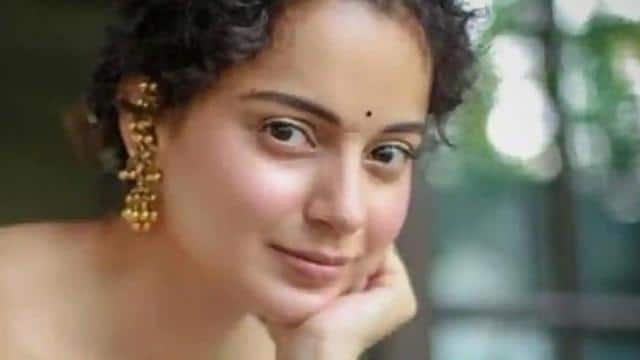 2. Kangana Ranaut’s answer to trolls on bikini photos, how are you devotees?

Kangana Ranaut gave a befitting reply to the people trolling her bikini picture. Kangana Ranaut, while replying to those who taught her Sanatan Dharma, wrote, ‘Some people are giving me the lecture of Dharma and Sanatan by seeing my bikini picture. What will happen to you if a mother Bhairavi comes out with an image of her hair, clothes, blood drinking? Will you get ripped off and call yourself a devotee? Walk on religion, don’t be its contractor …. Jai Shri Ram. ‘ On Wednesday morning, Kangana Ranaut shared a picture of herself wearing a bikini on the beach in Mexico. A lot of people were reacting to this picture on social media.

3. This new star is giving a tough fight to Sapna, the song got 23 million views

Haryanvi dance Sapna Chaudhary’s videos are seen quite a lot on YouTube, but now another Haryanvi dancer Pranjal Dahiya is seen giving a tough fight to them. His song ’52 Gaj Ka Daman’ was released in October and in less than three months the song has been viewed by over 23 crore people on YouTube. Like Sapna Chaudhary, people are also very fond of Pranjal Dahiya’s style and dance. Their songs also go viral as soon as they are released. Another song ‘Olha’ was released in July. This song was well liked by the people.

Actress Neena Gupta often shares interesting pictures and throwback stories on her Instagram account. Once again, he has shared one such throwback image. Nina Gupta shared the cover pages of the 1993 and 2020 issue of Femina Magazine. Both these cover pages feature Neena Gupta and her daughter Masaba. In fact, Femina magazine has given Nina Gupta on its cover page in 1993. After this, right now, 27 years later, on the cover of the same magazine, his daughter Nasaba Ra has a photo. In such a situation, he has shared a collage of both the cover pages on Instagram.

5. Flashback: Dilip Kumar’s father used to call actors ‘Kanjar da Putr’, know what he said when his son comes to the cinema

Dilip Kumar’s father Sarwar Khan was a good friend of Raj Kapoor’s father Prithviraj Kapoor and grandfather Bashesarnath. However, there was a big difference in their hobbies. On one hand, Prithviraj Kapoor was interested in cinema, while Sarwar Khan considered it wrong. Even while acting, he used to make fun of Prithviraj and called him ‘son of Kanjar’. However an interesting incident happened when Dilip Kumar’s movie ‘Jowar Bhata’ was released. When his father Sarwar Khan saw a poster of Dilip Kumar’s film Jowar Bhata, he said that an actor looks like his son in it. On this, Raj Kapoor’s grandfather Bashesarnath said to him, ‘It is not Yusuf, it is Yusuf. Now you too have become Kanjar da Putr. Sarwar Khan was very angry with Dilip Kumar for this, but in the end he too had to bow to his son’s stubbornness.

6. Tarak Mehta’s inverted glasses: Artists like Jethalal and Popatlal are quite wealthy

Jethalal i.e. Dilip Ghosh’s net worth is Rs 37 crore. Apart from this, Dayaben i.e. Disha Vakani also has the same wealth. According to media reports, Munmun Dutta, who appears in Babita’s role in the show, also owns property worth Rs 7 crore. Apart from this, Shailesh Lodha has a similar property. In this way, the net worth of the star cast of the show ‘Taarak Mehta Ka Ooltah Chashmah’ is Rs 88 crore. Launched in 2008, the show has remained a frequent audience choice ever since. In the TRP charts also, the show is continuously spreading.

According to Sapna Chaudhary, she used to do shows throughout the night and used to come to school in the morning. In such a situation it was difficult to go to school and she would fall asleep. Even while returning from a show from Jind in Haryana, he was brought up by an alcoholic. Sapna Chaudhary said about that incident and said, ‘My mother and I were once coming to Jind to do a show. The bus was completely empty and I slept on a seat. But an alcoholic from behind was eating candy and throwing it at me. He kept doing this for hours and then I got up from it upset. I did not even tell my mother that he was teasing me because she would get distracted by it and say quit this job.

9. Suzanne Khan clarified the news of the arrest for partying late at the club, explained the whole matter

Reports of him being arrested for partying at the club were misunderstood by actor Hrithik Roshan’s ex-wife Suzanne Khan. Suzanne Khan has written a note on her Instagram giving information about the entire case. Suzanne Khan has written, ‘Last night I was at a friend’s birthday dinner. I had many other friends besides me. Authorities entered the club around 2.30 pm and were in talks with the management. Whatever was the issue between them, they were talking about it. All the guests present there were asked to wait for three hours. Eventually we were allowed to leave at 6 in the morning. However, the news going on in the media that arrests were made by the police is completely wrong and irresponsible. ‘