Bigg Boss 14: Will Siddharth Shukla host the show together with Salman Khan? This is the plan of the makers 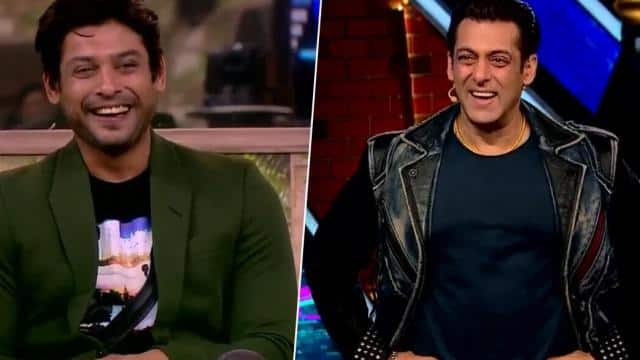 Fans are very excited about TV’s popular reality show Bigg Boss 14. Recently there were reports that the show could be on air from October 4. Now a new update has come out about the show. It is being told that Siddharth Shukla will host Bigg Boss 14 along with Salman Khan.

According to a Bollywood Life report, after becoming the winner of Bigg Boss 13, Siddharth Shukla’s fan following has increased a lot. In such a situation, considering their popularity, the makers are considering bringing them to the show. It was further revealed that Siddharth will play the lead role in this season’s special theme ‘Karaara Jawab’. He will monitor the contestants from outside and will give a comment / opinion about their performance. Makers are in talks with Siddharth about this format. It will be announced soon after the finals.

Let us know that recently information came out that Bigg Boss will be on air from October 4. As per Mumbai Mirror’s report, the premiere episode of the show is normally shot a day in advance so that the cloak of contestants is hidden. But this time the premiere episode will be shot on day three.

It is worth mentioning that some media reports said that Salman Khan is charging a hefty Rs 250 crore fee for the entire season of Bigg Boss-14. Bollywood Hungama wrote in a report quoting sources, ‘Salman Khan is the highest-charged actor on the small screen. For Bigg Boss-14, they are being paid Rs 250 crores as fees. Salman will shoot once a week and will be shooting two episodes a day. A fee of around 10.25 crore episodes is being given per day for 12 weeks. Like every year, Salman will also have to appear in some award shows of the television channel.

KVP Scheme: Invest in this scheme of Post Office, money will double by guarantee, know everything