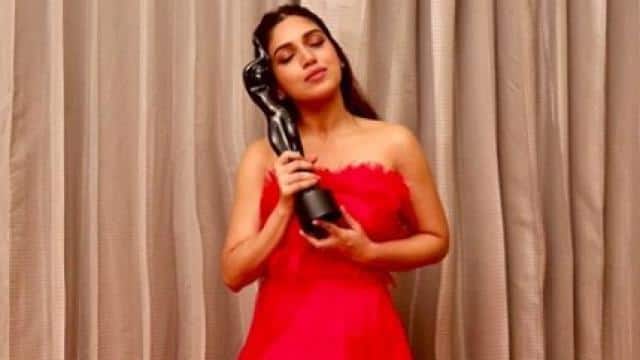 Bollywood actress Bhumi Pednekar is one of the finest actresses in the film industry. His acting is very much liked, but he had to struggle a lot to reach this point. Before coming to the movies, he had a loan of Rs 13 lakh which he paid. Not only this, he was also thrown out of the film school. Despite these adverse conditions, Bhumi did not give up and kept working hard to achieve success.

During an interview with Deccan Chronicle, Bhumi told that he had to do many things to become an actor. He said, ‘First I tried to convince my parents that I wanted to become an actor. I finally gathered the courage to tell them this, they were not happy and I felt that they are being protective of me. I decided to join film school. If the fees were too high, I took a loan.

Ishaan Khattar and Mrinal Thakur will be seen in the film Pippa, know such a story

Mukesh Khanna raised the question in the name of Akshay Kumar’s film ‘Laxmi Bomb’, asked- Can Allah name the bomb or the rogue Jesus?

Bhumi Pednekar further said, ‘I had failed in film school not because I was not a good actor but because I was not disciplined. That was a big shock. I was burdened with repaying a loan of Rs 13 lakh. It was a huge amount. Bhoomi said that he again started looking for a job and got a job as a casting assistant in Yash Raj Films. During this time, he got a chance to work in the film Dum Lalke Haisha. Bhoomi got a big recognition from this film. She has acted in dozens of films so far.