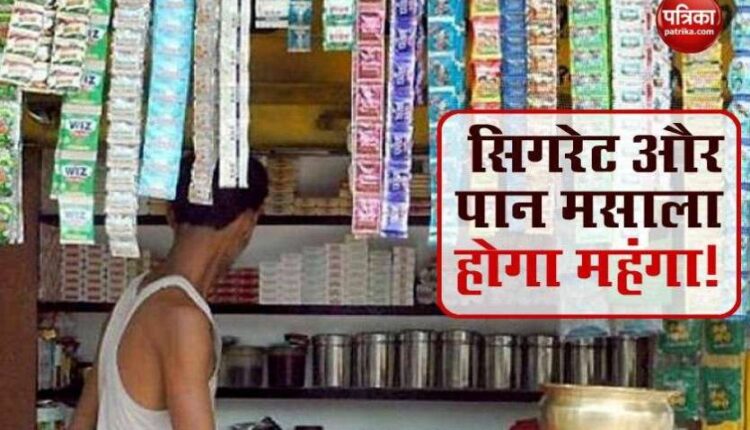 new Delhi. Cigarettes and Pan Masala is bad news for amateurs. The CST on Cigarettes and Pan Masala can be increased in the GST Council meeting likely this month. At the same time, measures to meet the compensation needs can also be discussed in this meeting. Also, three top suggestions for raising compensation funds can also be discussed. Let us tell you that due to Corona virus, the government is getting very less GST collection. Because of which there is no earning. Due to which the expenses of the government are also not being met.

Also read: Special platform will be launched to honor honest taxpayers, know what will be special

Also read: Government banks will be awarded the title of gems, may be announced on August 15

Also read: CAIT writes letter to IT minister, ban on Huawei and ZTE

Now farmers will not suffer loss due to death of cattle, government will give money in livestock insurance scheme