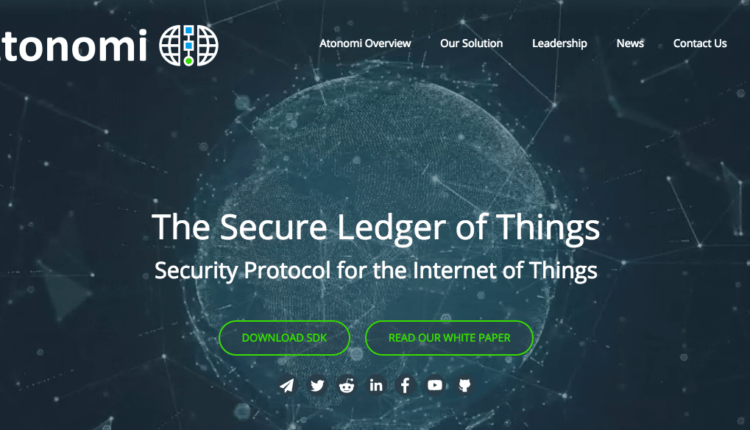 Atonomi Price Prediction & Review: Atonomi is a blockchain project which aims to provide security and infrastructure to enable IOT devices those works trusted interoperability for data and commerce.

The project aim to build identity of each device in a network. The process will begin at a manufacture level who will register the device using atonomi’s security protocol. This protocol will add a score, which later can be used to verify the integrity of the network.

A device with low reputation score, its communication will be restricted in the network to ensure the quality & security of the network.

Atonomi is a project from a company called Centri, which has been developing patented secure technology. They Atonomi ICO has already gained the popularity due to its tie up with Intel & PwC. They company received $22 million in VC round.

Check out the OneLedger Price Prediction

Atonomi Price Prediction: Atonomi is currently compared with IOTA by many, while Atonomi has explained to its users rather than comparing, they would like to focus on the advantage of their project. On their reddit post.

I would like to add that we understand that some from the community want to compare us to IOTA. We prefer to not focus on specific competitors. I can tell you the benefits of Atonomi. For example, some do recognize the need for securing IoT devices, but they propose inadequate solutions, which Atonomi provides to devices through the Atonomi Device Registration blockchain. Architecturally some may not be able to support the secure-device model or track reputation, which Atonomi will provide through the Atonomi Transaction Validation blockchain.

IOTA is correct in recognizing the need for securing IoT devices, but it proposes an inadequate solution as it lacks root of trust, which Atonomi provides devices through the Atonomi Device Registration blockchain. Also, IOTA architecturally can’t support the secure-device model or track reputation, which Atonomi will provide through the Atonomi Transaction Validation blockchain.

We can say that Atonomi team have a broader implementation in mind in comparison to IOTA. However, more comments and news coming soon. We appreciate your patience.

Considering the market & project Atonomi which has raised $25,000,000. Atonomi Price can attain 4X return very easily as compared to Power ledger. If the market condition are very bullish Atonomi is a very powerful project in IOT segment which can achieve 6X return in short terms and 10X in a year, if deliver the project as promised.

Fantom Foundation ICO: $21K Worth of ETH Entry Fee Paid By A Investor