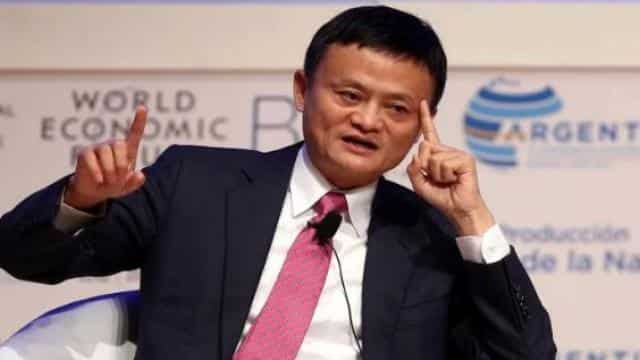 Chinese billionaire Jack Ma has resigned from the board of Softbank Group Corporation of Japan. Ma is believed to have resigned due to conflicting situations over risky investments such as the Japanese technology company’s office partnership venture WeWork. Tokyo-based SoftBank announced Jack Ma’s resignation on Monday before releasing financial results. However, the company did not give reasons for his resignation.

Ma, a co-founder of China’s leading e-commerce company Alibaba, has recently carried out a number of philanthropic acts such as donating masks and test kits to help in the fight against the Corona virus epidemic. Softbank announced three new members to the board, including Yoshimitsu Goto, Chief Financial Officer of Softbank and Yuko Kwamoto, a professor at Waseda University. SoftBank has invested heavily in Alibaba. Ma joined SoftBank’s board in 2007 and has close ties with SoftBank founder and chief executive Masayoshi Son.

Japan’s growth rate declines amid epidemic, may be the time to come and worsen

Japan’s economy fell into recession during the first quarter of the current year due to the Corona virus epidemic. During this time there has been a decrease in production, exports and expenditure and it is feared that the coming time may be worse. The Cabinet Office of Japan reported on Monday that the adjusted real GDP or GDP annual growth rate declined by 3.4 percent during the January-March period. Annual growth shows what the growth rate will be during the next one year. The decline was 0.9 percent for just one quarter.

During this period, exports decreased by 21.8 percent. Private residential investment slipped nearly 17 percent and household consumption fell 3.1 percent. Analysts say the situation is expected to worsen, as the world’s third-largest economy is facing the biggest challenge after World War II.