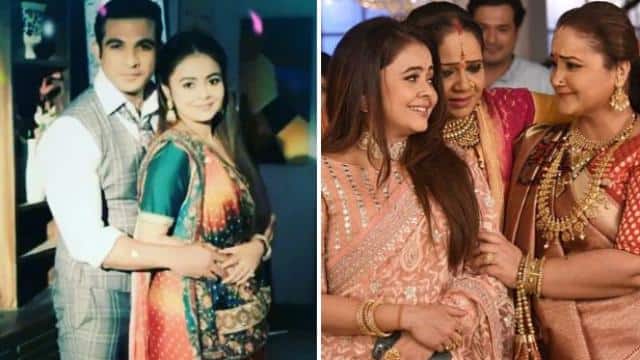 A bad news is coming for the fans of TV’s popular show Saath Nibhana Saathiya 2. Actually, recently there was talk of ‘Kokilaben’ saying goodbye to the show. Now reports are coming that the journey of ‘Gopi Bahu’ and ‘Aham’ may also end in the show. According to sources, Devoleena Bhattacharjee and Mohammad Nazim were also brought on the show for a short time, like Rupal Patel.

According to Spotboye, sources have revealed that Rupal Patel, Devoleena Bhattacharjee and Mohammad Nazim were signed for a short time in Season 2. Everyone’s track ends in November. By mid-November, all three will say goodbye to the show. The story of the serial will focus only on ‘Jewel’. With this, his journey will be shown in the desi family.

Amrita Rao spoke openly on adding names with Shahid Kapoor, saying – We were not even friends

Rupal Patel was earlier seen in the show ‘Yeh Rishte Hain Pyar Ke’. Later was approached for ‘Saath Nibhana Saathiya 2’. Being the most important character of the show, the makers did not want a new season without him. Rupal was signed on for only 20 episodes, his track would end in the month of November.

However, Devolina Bhattacharjee and Mohammad Nazim are also saying goodbye to the show or their journey will continue in the show, so there is no reaction from the makers yet.

Krishna Abhishek is unable to take eyes off this bold photo of Kashmiri Shah, said- you have finally come back in your hot avatar