Anushka was upset with this act of Virat in Bhutan, King Kohli himself narrated the whole story – watch video 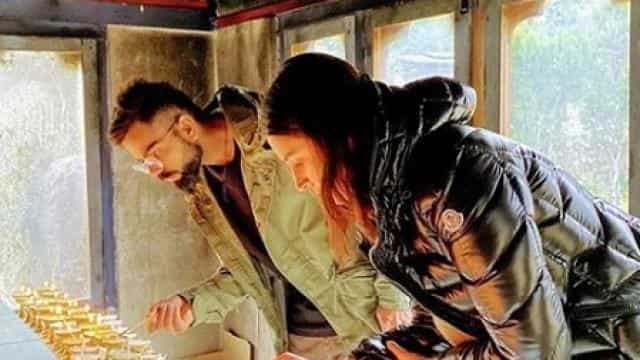 You must have heard the stories of the love of Team India captain Virat Kohli and his wife and Bollywood actress Anushka Sharma, hardly anyone has heard the story of the two. Virat told one such anecdote on Sunday during a live Instagram chat with football team captain Sunil Chhetri. Anushka was so angry at Virat’s actions that she stopped talking to him. This story is from Bhutan.

Chhetri had asked 10 questions to Virat during this session, for which he also took the help of Anushka Sharma to prepare the questions. Sunil Chhetri said that what happened in Bhutan was that you had left your wife and escaped. Virat told this story well again. Virat said, ‘We went to Bhutan and got on the bike. We were riding a bike together, then some crowd appeared in the middle, some of them said, “Oh, it looks like a great Virat, then I don’t know what the craze was that I ran my bike fast.”

Virat further said, ‘I ran like I have to finish a race. After this, when I went far ahead, I looked back and looked at Anushka. A carriage was running with us, that when we get tired, put the bike in it and move ahead of the car. Then it was revealed that Anushka is with the guide behind, I hit a U-turn and reached Anushka behind. Anushka did not stop, I was riding the bike next to her and talking to her that I did not know when she got ahead. Anushka was not even talking to me. She was behaving in such a way that some roadside is harassing her. ‘ Virat laughingly said, “Well no security person has come.” Watch the video-

🎥 @imVkohli on leaving Anushka behind while cycling in Bhutan and angry Anushka ignoring him post that 😂 #Virushka pic.twitter.com/inSDD2mTvt

Public sector banks sanctioned loans worth Rs 6.45 lakh crore between March 1 and May 15

On the economic package of 20 lakh crore rupees, Moody’s said – the risk of assets will come down