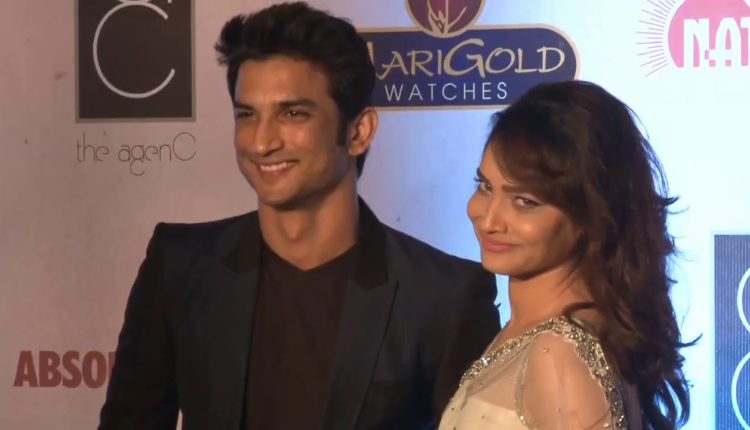 Be it the television or Bollywood industry, speculations never end. If the recent buzz is to be believed, then the famous ‘Pavitra Rishta’ couple Ankita Lokhande and Sushant Singh Rajput has parted ways after a relationship of six years. The duo was all set to get married by the year’s end.
It is believed that the duo failed to handle their relationship amid the surging stardom. Besides, Sushant has been quite busy shooting for his upcoming film projects; hence, they were unable to spend time together. In addition, Sushant’s surging proximity with actress Parineeti Chopra is claimed to be the other reason behind their split, reveals DNA.
Ankita and Sushant were last spotted at the Zee Cine Awards 2016. And since then, they haven’t appeared together. A source close to the couple said, “They have simply grown apart. It happens. When they started, they both wanted similar things. They both had dreams. But somewhere along the way, Ankita was just content doing nothing while his career took off. I think that is where disconnect began.”
When asked about the probability of the duo getting back together, the source cited a possibility as the couple has known each other for a long time.
However, amid all the rumours and discussions, what can’t be ignored is Ankita and Sushant’s Twitter conversations.
Sushant tweeted, “Alone in the crowd..!! Where are you ..?”
To which, Ankita replied, “Don’t feel alone I m always there in ur heart ,in ur life @itsSSR”
The actress had also shared in her earlier tweet about the reason for not celebrating Holi. “Happy holi every one.. couldn’t play holi this year because I fractured my foot .. I hope all u guys had a happy holi.” So, not being with him, can be ignored as well.
Besides, two weeks ago, the actress even shared the poster of Sushant’s upcoming film ‘M.S. Dhoni: The Untold Story,’ which is a biopic on Dhoni.
It doesn’t look like splitsville! And, if still nothing is brewing between them, then the duo will surely officially admit it as they have been quite open about their relationship.