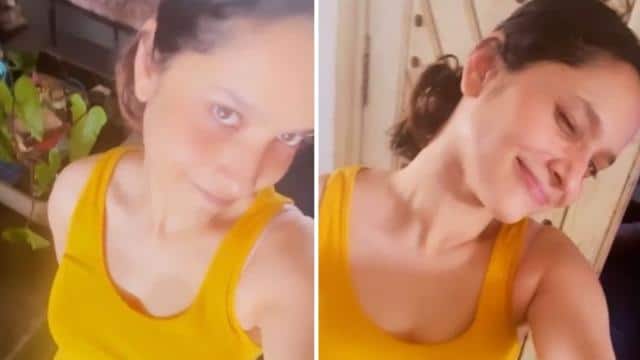 Ankita Lokhande is a well-known actress. She frequently shares videos and photos on social media. Recently Ankita Lokhande shared a video of herself, in which she is seen dancing to Neha Kakkar’s song ‘Nehu the Vyah’. Ankita Lokhande has created a heart emoji while sharing the video.

Many celebs from the TV industry have reacted to this video of him. In the video, we can see that Ankita Lokhande is wearing a yellow color dress and she is not wearing makeup. She is seen shooting this video herself in selfie mode.

Forbes List: The names of these actors including Akshay Kumar, Neha Kakkar, Anushka Sharma in the list of most influential celebs

Sushant Singh Rajput had special appeal to fans
Ankita Lokhande was also shocked by the death of Sushant Singh Rajput. Ankita and Sushant came close to each other during the shooting of the show ‘Pavitra Rishta’. Both of them lived together for many years, but then both of them had a breakup. However, till date the reason for the breakup of both is not known.

Recently Ankita has given a special tribute to Sushant at the ‘Zee Rishta Awards’ as well as a special message for the actor’s fans. Ankita reached the award show in front of the media photographers and said that definitely watch Zee Rishtey Awards, because this time there is something special for everyone. Sushant has all the fans. Just today I have a small wish for them. Please see it and give lots of love.

Akshay Kumar will again work with the director of ‘Mission Mangal’, will play a double role in the film!