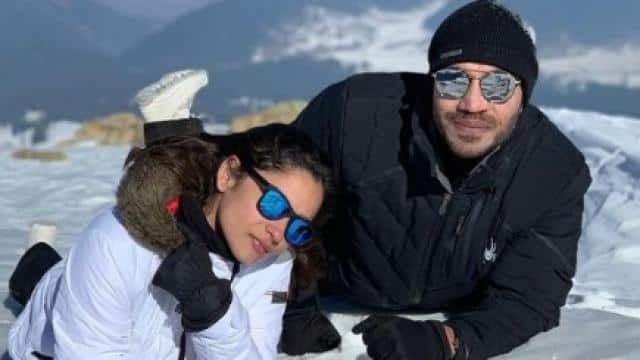 Bollywood actress Ankita Lokhande is celebrating her 36th birthday today. On this special occasion, all the stars of the entertainment industry are wishing him. Ankita is in the news these days regarding her relationship with boyfriend Vicky Jain. She often shares her pictures and videos with Vicky Jain. Watch some special videos and pictures of her with Vicky on Ankita’s birthday.

Ankita shared a special post for Vicky Jain last month. He wrote, “I have no words for you to tell your feelings.” Whenever I see us together, the only thing that comes to my mind is that I am thankful to God that he sent you in my life, like a friend, like a partner. Like a soul mate. ”

He further wrote, “Thank you for understanding my every problem.” To help when I need you. Thank you for being my support system. Forgive me that you had to face a lot of criticism because of me, which you did not desist at all. Words are short but our bonding is fantastic. I love you.”

Talking about Ankita Lokhande’s professional life, she got tremendous popularity from the show Pritha Rishta. She then became a part of Jhalak Dikhlaja and Comedy Circus. Please tell that after working in Ankita TV, for some time, she is also working in Bollywood films. She made her debut in the film Manikarnika.

Ankita was last seen in a supporting role in the film Baaghi 3. In the film, he acted alongside Tiger Shroff, Shraddha Kapoor and Ritesh Deshmukh. Although Ankita got very little space in the film, she liked her work very little.

Invest in this scheme, golden opportunity to save 23 million by saving 160 daily