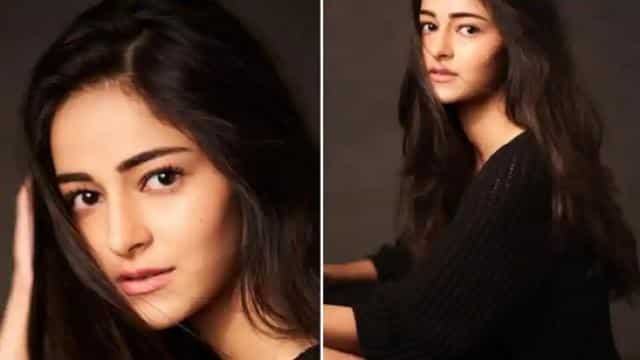 In lockdown, actress Ananya Pandey is spending time with family at home. Apart from this, she is very active on social media and keeps sharing something. Now they have shared pictures of their first photoshoot which are going viral on social media.

These pictures have been shared by Ananya Pandey on her Instagram account. In the photos, she is seen in a black top and denim shorts. They have kept the hair open. She looks very beautiful in the pictures. He wrote in the caption, Throwback pictures of my first photoshoot.

Ananya started her career with the film Student of the Year 2. On the occasion of the film being a year, Ananya told IANS that it could not be believed that it had been a year. Everything I wished and dreamed was fulfilled on this date last year and I will always be grateful to Puneet, Karan, Tiger, Tara and the entire cast and crew.

Let me tell you that last time Ananya was seen in the film Pati Patni Aur Woh. In the film, he acted alongside Karthik Aryan and Bhumi Pednekar. She will next be seen opposite Vijay Devarakonda in the next film Fighter. Many photos from the film’s set have gone viral. Karan Johar is producing this film.

Father came out on foot on the news of the death of the child, if the police stopped then spent 3 days crying on the road