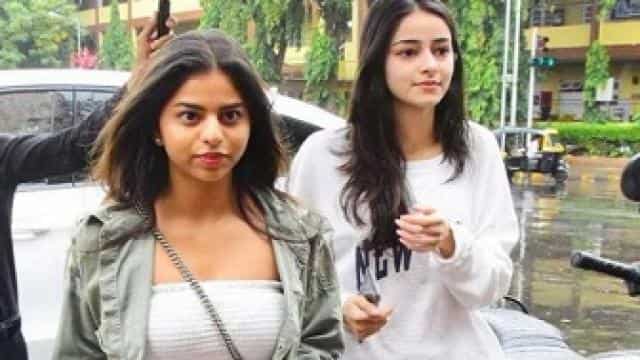 Shahrukh Khan’s daughter Suhana Khan made her Instagram account public from a few days ago. Suhana keeps sharing many of her photos. Now he has recently shared some of his glamorous photos which have been clicked by his mother Gauri Khan. Gauri has also shared Suhana’s photos on her Instagram account.

In these photos, Suhana has worn a very attractive top which has been well liked by the fans as well as her friend Ananya Pandey.

Ananya commented on this post, I liked this top very much, but you won’t let me know Suhana Khan.

On this comment of Ananya, Suhana wrote, first return my shorts.

Suhana’s short film was released a few days ago. A video during the shooting of this film went viral on social media. In the video you will see that Suhana is shooting, then her friend says something and Suhana starts laughing.

Let me tell you that when Shah Rukh was asked a question about Suhana’s Bollywood debut, he said, “It will take time for him to learn acting. Shahrukh has proved that Suhana will definitely do films. But at the same time it has become clear that she will step into Bollywood with complete preparation.

Earlier, Shahrukh had confirmed that Suhana wanted to become an actress. Shah Rukh was very happy with Suhana’s decision and said that he would support the daughter fully.