Ajit Singh Property: Agriculture land worth 9 crores and 6 crores flat, no car and no gold and silver 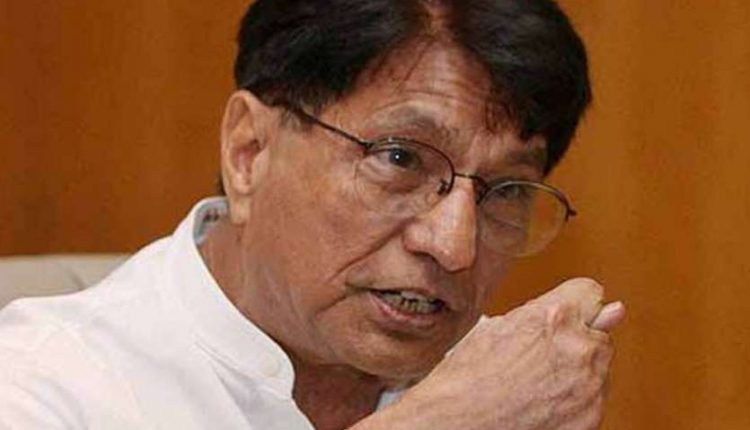 Ajit Singh Property. Chaudhary Ajit Singh, one of the biggest leaders of western Uttar Pradesh, did not live in this world. This morning his Delhi death due to Corona virus occurred at Medanta Hospital in Gurugram. He dominated the farmers of western Uttar Pradesh. Therefore, he also won the Lok Sabha elections 7 times in his political career. If they mention about their property, then neither they had their own car nor gold and silver. There is a flat in Delhi. Also, they have agricultural land worth crores of rupees from Ghaziabad to Chhattisgarh. All this information is taken from the affidavit submitted in the 2019 Lok Sabha elections. Let us also tell you how much wealth Chaudhary Ajit Singh has left behind.

How much was the cash
According to the affidavit given to the Election Commission in 2019, he had cash of Rs 47,349. At the same time, he deposited Rs. 12,00,399 in banks and other financial institutions. He invested Rs 97,25,573 in bonds, debentures and shares. There was also a personal loan of Rs 42,15,615. That is, they also have 1,51,88,936 as movable property. Neither did they have their own car. Neither were their gold or silver jewelery. There was also no LIC policy in his name. Nor did he invest in any government scheme.

Also read: – Petrol Diesel Price Today: A fire broke out in the price of petrol and diesel, you have to pay so much price

9 crore rupees agricultural land
Even though he was associated with the corporate world in the early stages, he has been working in America, but his attachment to farming and farming was not less. He has several acres of agricultural land in his own village Chhaprauli and in Ghaziabad, Muzaffarnagar, Tappal, Amroha, Gwalior, and Chhattisgarh in western Uttar Pradesh. In fact, this is also the real property of Ajit Singh. The cost of which is around 9 crores. The value of which can decrease and increase according to time and time. In the 2019 affidavit, the value of these lands has been stated to be 9 crore rupees.

Also read: – Tata Steel Share has grown more than 4 times in a year, market cap has increased by more than 1 lakh crores

6 crores flat
There is also a flat near Delhi’s Bhikaji Cama Palace in the name of Chaudhary Ajit Singh. According to the affidavit given to the Election Commission, its price has been stated as Rs 6,02,39,000. Apart from this, they do not have any property. Before joining politics, he used to work in Amarika. He has never been fascinated with politics. That too when the father is up to the Prime Minister. Due to the deteriorating health of his father Charan Singh, he had to take the place of his father and in 1989 with the help of Rajya Sabha, he entered Parliament for the first time.