Air India Deal: Agreement between the government and Tata Sons on a share purchase deal of 18,000 crores 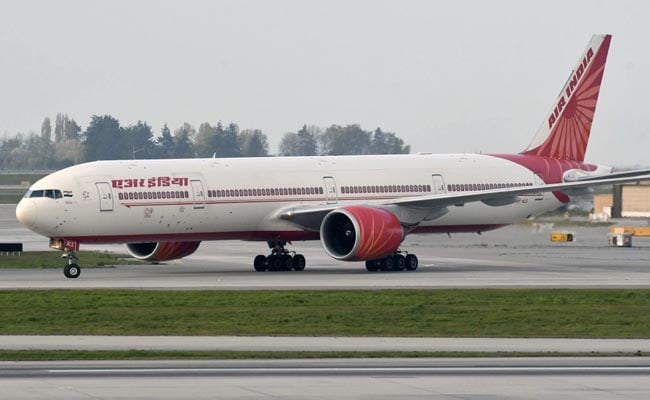 The government has signed a partnership with Tata Sons as a national airline. air india sales (Air India Sale) signed a share purchase agreement worth Rs 18,000 crore on Monday. Earlier this month, the government accepted a proposal by Tales Pvt Ltd, a unit of Tata Group’s holding company Tata Sons, to pay Rs 2,700 crore in cash and take responsibility for over Rs 15,300 crore of the airline’s total debt. Thereafter, on October 11, a letter of intent (LOI) was issued to the Tata group confirming that the government was willing to sell its 100 per cent stake in the airline. Tuhin Kant Pandey, Secretary, Department of Investment and Public Asset Management (DIPAM), wrote on Twitter, “Government today signed a share purchase agreement with Tata Sons for strategic disinvestment of Air India.”

Along with the sale of 100 per cent ownership of Air India and Air India Express, the government is also disinvesting Air India’s 50 per cent stake in Air India’s ground handling arm AISATS. Tata bids above the Rs 12,906 crore reserve price set by the government for an offer of Rs 15,100 crore and sale of its 100 per cent stake in the loss-making state-run airline by the Ajay Singh-led consortium of low-cost carrier SpiceJet. had won the race to take over the troubled airline.

As of August 31 this year, Air India had a total debt of Rs 61,562 crore. Under the deal, 75 per cent of this debt or Rs 46,262 crore will be transferred to a special entity Air India Asset Holdings Pvt Ltd. (AIAHL) will be transferred. Only then will the Tata group be given control of the loss-making airline. Tata will not be allowed to retain control of Air India’s non-core properties such as the Vasant Vihar Housing Colony in Delhi, the Air India Building at Nariman Point in Mumbai and the Air India Building in New Delhi.

Of the 141 Air India aircraft received by Tata, 42 are leased aircraft while the rest 99 are Air India’s own aircraft. Pandey had earlier said, “Right now the airline is incurring a loss of Rs 20 crore per day. Taxpayers will not have to bear the burden once the airline goes to Tata.

Video: Tata Group’s Air India, no employee laid off in the first year

Gold Price Today: Gold fell sharply in dollar, but prices are running above 48,000, this is the latest price

Petrol, Diesel Price Today: Petrol is being sold for Rs 116 somewhere else, check what is the rate in your city