After this decision of the government, onion will be very cheap, know how much will be the price 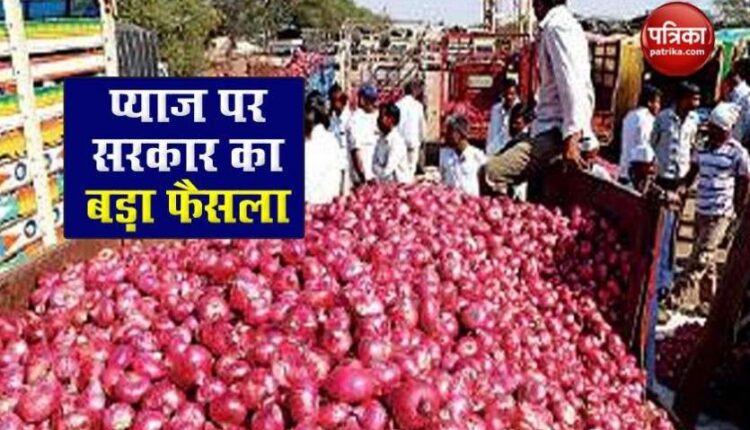 new Delhi. In view of the increase in Onion Price Hike, the Central Government has banned the export of Onion Export Ban. With the ban on onion exports, prices can be expected to soften further. It is said that onion exports from the country had increased considerably during the Corona period, due to which the prices have increased due to the decrease in domestic supply. Retail onion is currently selling above Rs 40 per kg in Delhi and surrounding areas of the country. On Monday, onion prices in the Azadpur wholesale market ranged from Rs 13.75 to Rs 27.50 per kg.

Ban onion exports with immediate effect
According to a notification issued on Monday by the Directorate General of Foreign Trade, which comes under the Union Ministry of Commerce and Industry, the export of all varieties of onions has been banned with immediate effect. The notification states that the provision of the Transitional Agreement will not apply under this notification. Experts say that onion exports during the Corona period from April to July increased by about 30 per cent over the previous year, due to which there is a possibility of further reduction in onion supply in the country due to heavy rains in South India. The crop has deteriorated.

Price rise due to poor onion crop
Rajendra Sharma, General Secretary of Azadpur Mandi Potato Onion Merchant Association (POMA), said that the export ban is a good decision, which will put an end to the rise in onion prices. Sharma said that due to poor onion crop in South India, there is a supply shortage crisis, so the government should consider import along with ban on export. Let us know that during the festive season last year also, onion prices had skyrocketed. In other parts of the country, including Delhi, onions started selling at Rs 150 a kg and decided to import onions from abroad along with all measures including export restrictions to increase domestic supply.