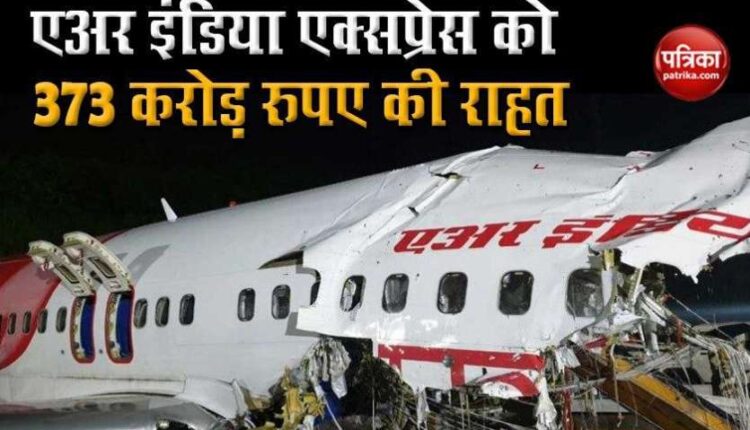 new Delhi. Airline officials have made it clear that the Air India Express Plane, which crashed at Kozhikode Airport on Friday evening, was not of the company’s own lease. In such a way, the way for the money received by the insurance company from Air India Express has been cleared. The airline will get around Rs 373 crore from the insurance company. Let us tell you that before the accident, there were 25 Boeing 737-800 NG aircraft in the total fleet of Air India Express Plane Crash. Of these, 17 aircraft which have become 16 after the accident are airline own and the remaining eight aircraft are leased. In the case of people associated with the insurance industry, if it is a proprietary aircraft, then the airline will be paid the full claim amount.

London company got approval
A senior official of one of the four insurance companies insuring Air India aircraft said in a media report that a consortium of primary insurers, like the consortium of primary insurers, insured the aircraft of Air India and its subsidiary Air India Express Have done Major reinsurance AIG London has approved the entire claim (claim for loss of aircraft). Other reinsurers’ associations will also give their approval.

All risks will be covered
According to the official, the major re-builder has also estimated to pay an interim liability / claim for the total loss of the aircraft. The insurance of the Boeing aircraft that crashed is $ 50 million. Air India Express will be paid the amount claimed for the loss in the aircraft. The officer said that all risks to the aircraft are covered in insurance. As a part of the claims process, the insurers / reinsurers will also ask for documents such as accident investigation reports, aircraft maintenance log books and pilot log books. The official also said that Boeing, the aircraft manufacturer, would also like to know the cause of the accident.

18 people died in Kozhikode aircraft accident
The Air India Express plane had slipped off the runway at Kozhikode airport in Kerala on Friday evening and fell into a ditch. The plane broke into two pieces in the accident, killing 18 people and injuring several others. Now the total damage done to the aircraft will be calculated and on the same basis the airline will get the money from the insurance company. There will be a legal team to take stock of the situation in relation to passenger liability or compensation to the legal heirs of passengers. Passenger liability also covers the value of the luggage.