After Poonam Pandey, FIR has been registered against Milind Soman, running on Goa Beach 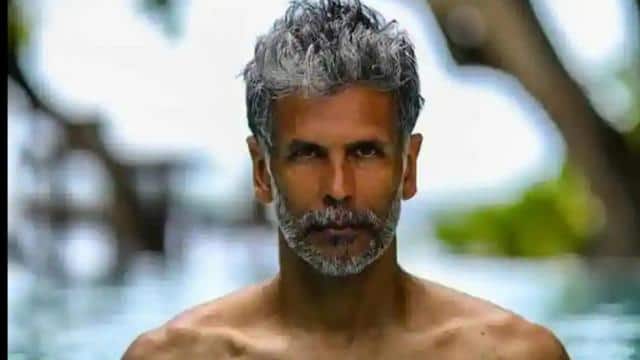 A case has been registered against actor and model Milind Soman for spreading pornography. Milind shared a photo of himself on social media on his 55th birthday, in which he was seen running naked on Goa Beach. Now the Goa Police has registered an FIR in this case.

South Goa SP Pankaj Kumar has confirmed this news. He said a case has been registered against the actor under section 294 of IPC and other sections of IT technology. However, no statement has yet come from Milind Soman in this case.

It may be known that earlier an FIR was also lodged in Goa against model-actor Poonam Pandey. Poonam is alleged to have shot obscene photos and videos on the Chapoli dam. In this case Poonam and her husband Sam Bombay were arrested on Thursday. However, both were later granted bail by the Canacona Judicial Magistrate.

Case registered against model-actor-fitness promoter Milind Soman, under IPC Sec 294 (Obscene acts and songs) & Sec 67 (Punishment for publishing / transmitting obscene material in electronic form) of IT Act for his social media post where he was seen sprinting naked at a Goa beach pic.twitter.com/MJq3o6y1rz

The Kapil Sharma Show: Krishna Abhishek threatens to leave the show? Know this is the case

People were angry on social media

Earlier, on FIR there was anger on social media for having an FIR against Poonam Pandey. Users said that if Poonam had done wrong then how did Milind Soman become right? With this, users supported Poonam Pandey.

Screen writer Apoorva Asrani tweeted, “Recently both Poonam Pandey and Milind Soman took off their clothes in Goa. Poonam took half off and Milind removed the entire clothes. While Poonam got caught in a legal controversy for spreading pornography, Milind is getting praised for having a fit body at the age of 55. I think we are more lenient about men being nude than women.

Apart from this, users had tweeted about the thinking of society towards women. One user wrote, ‘For which Milind Soman got the way, an FIR has been lodged against Poonam Pandey for doing the same thing. This is why Feminism is important. ‘ The other user wrote, “Milind will work, but Poonam will not.”

There will be no shortage of money in the festival, shop with Paytm Postpaid, pay the bill after one month

No longer waiting for driving license, process will be completed in just 7 days