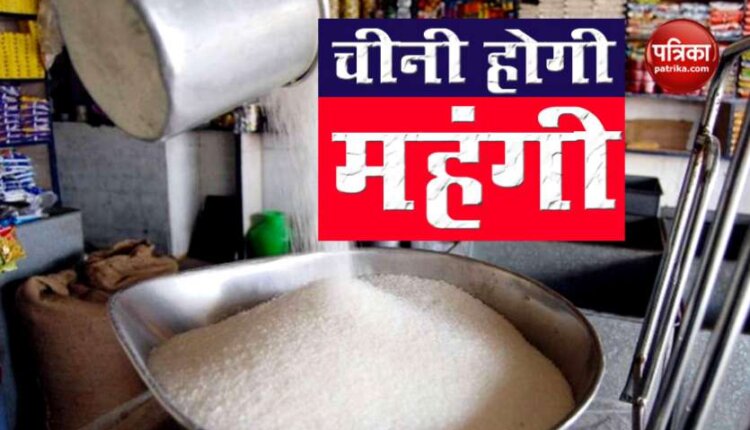 new Delhi. The minimum sale price of sugar (Sugar MSP) may soon increase by two rupees per kg. A decision on this will be taken in the upcoming meeting of the Cabinet. This information was received from an official of the Union Ministry of Consumer Affairs, Food and Public Distribution. Sources reveal that the Union Home Minister Amit Shah ( home minister amit shah ) In the meeting of the GoM chaired by the recommendation of increase in sugar MSP of sugar (Sugar MSP Will Rise) which is aimed at prompt payment of sugarcane farmers dues. According to the source, Union Minister for Consumer Affairs, Food and Public Distribution Ram Vilas Paswan, Union Agriculture and Farmers Welfare Minister Narendra Singh Tomar, Finance Minister Nirmala Sitharaman and Commerce and Industry Minister Piyush Goyal were also present in the meeting.

Also read: Silver reaches the height of 7 years in India, yet Gold and Silver cheaper, know how

Two increase recommendation
Currently, the MSP of sugar is Rs 31 per kg, which is recommended to be increased to Rs 33 per kg. Earlier, the task force constituted by the NITI Aayog to study the status of sugarcane and sugar industry also recommended an increase in MSP of sugar. Explain that the MSP of sugar was fixed at Rs 29 per kg in June 2018 through an order issued using the provisions of the Essential Commodities Act 1955, which was later increased to Rs 31 per kg last year.

Also read: Did Reliance not share these things of Mukesh Ambani? Learn about the case in detail