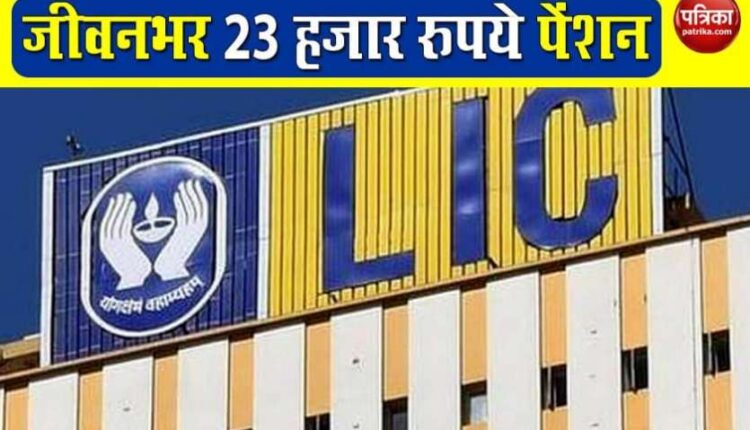 new Delhi. Life Insurance Corporation of India (LIC) is one of the trusted insurance companies in the country, where people believe in investing blindly. Because LIC is governed by the government, so people likewise get more trust in this insurance company and people are not worried about sinking money here. Now that the festive season has started. In such a situation, LIC has brought a new plan among you. Its biggest special thing is that the customer can invest in any policy according to his need. Let us tell you that LIC has recently resumed its most popular policy C Jeevan Akshay Policy.

The biggest feature in Jeevan Akshay policy is that policy holders can get pension from the government every month by making a lump sum investment. They can arrange pension every month after entering the pension account. The pension starts coming into the account soon after the installment. Because of this, it has become a center of attraction among the people. People like to invest more in this policy. The biggest reason behind this preference of the people is the monthly pension. According to a survey, the number of people in this policy is the highest employed.

Actually, this is a non linked policy in addition to single premium. This means that it is not related to the stock market. LAC has introduced minimum annuity for this policy from Rs. 12000 per annum, while keeping the maximum of unlimited. If you are willing to take this policy, then it can be purchased by depositing one lakh rupees. The company can hold a joint annuity in any two members of a family.

Sona Mohapatra targeted Mukesh Khanna’s controversial statement, saying – there are still people with such mentality around us