Aditya Narayan clarified on the statement of 18 thousand rupees left in the savings account, said- My statement has been twisted 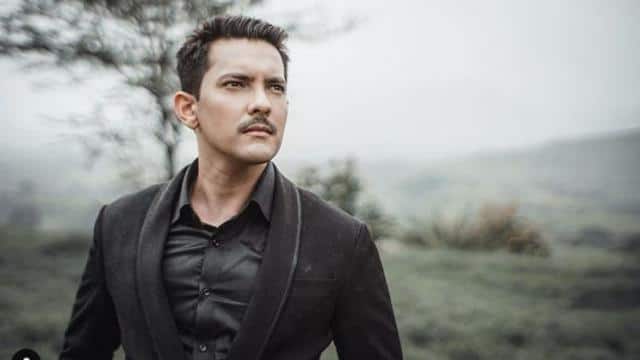 Singer Aditya Narayan is currently in the news. He had said that there are 18 thousand rupees left in the savings account. In a conversation with a news portal, he has clarified his point. Aditya says that his statement has been twisted. He said this as an example a month ago.

In a conversation with Zoom Digital, Aditya Narayan said, “I said this in some other way, but it was presented negatively. Twisted in front of people. Somewhere it was said that Aditya Narayan is getting married and has no money. I gave this statement to an entertainment portal during the promotion of ‘Without You’. They had asked me whether you feel the way the government has opened malls, shoots and offices due to Corona virus? ”

Aditya said, “I told him that I do not want to give any of my personal thinking to this. After seven to eight months, I am looking at things financially, because in the month of January or February, I bought a flat, which I paid down. When you buy a big house, you also take some loan from the bank for it. While filling the EMI, there are many times when there are only a few thousand rupees left in your account, it keeps going up and down. I meant to say that I work, I face some challenges, so I can understand how difficult this time can be for a middle-class person and a daily wage laborer. “

Aditya further says that I was trying to inspire and motivate people that if you have financial and emotional stress in your life, then be patient, the whole world is struggling with it. Because of this, all of us have faced some challenge, so adopt Plan B. So by adding and subtracting that thing, they have made something more filling. Now my family and friends are calling and asking if I can help you?

Hitting on the Aditya Entertainment portal, I said that I was trying to connect with my fans and public, everyone thinks that only their life is not good, I have seen some problems, we have all been victims of this epidemic. . If we talk about our life, it will continue as long as we get work. And if it does not, then we need to think of another option. I meant to say that the government probably did it right by opening things up. If people don’t work then how will the house go. This is not the issue of the common man, we also pay EMI and loan payment of our house. We also have monthly expenses. Looking at everything, these things come before every human.

Costume designer Bhanu Athaiya passed away, won the first Oscar award for India for this film

Aditya further said, “People should at least write such things, which are sure to be read. Aditya is bankrupt. I have no business that I will be bankrupt overnight. My stocks have not fallen. Many people do these things so that they get a good headline, sensationalism and now more is done. If this continues, we will stop talking. Then we will start saying that he does not talk to us at all. When we talk, say something from the heart, then you put an impression and you imprint anytime. “

Aditya says that I gave this interview about a month ago. Where he was printed, where you brought him two days ago and today he brought it in a new way. I think every publication took it. Nobody called me and asked about it. I would request that you take the thing as it is said. Do not do that you subtract – add and present in another way. If I had written a couple people, I would have let this thing go, but all the big publications took it and did not ask me and are printing. I think now we have to think before we speak.

Please tell that a statement of Aditya Narayan went viral, claiming that only 18 thousand rupees were left in his savings account. He is struggling with financial constraints. They may also have to sell their bikes to survive.

ICICI customers can now FD and bill payment on WhatsApp, use this way

Bigg Boss 14: All the contestants of the house including Pavitra, Rubina, Ejaz, Nishant got violent in the ‘Personal Items’ task