Ada Sharma showed unique tricks by hanging upside down from the rope, shared the video and said- I sleep like this at night 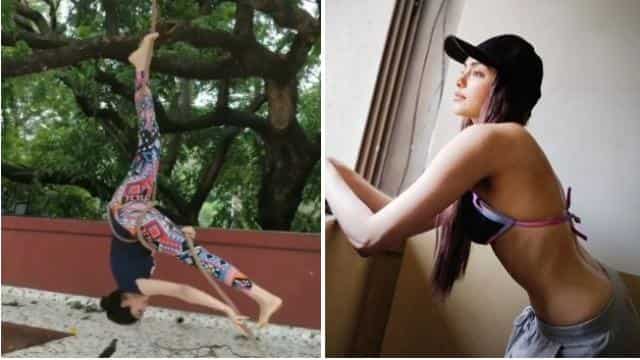 Bollywood actress Ada Sharma is very active on social media and keeps posting some entertainment for the fans. She has shared a funny video in which she is seen doing tricks, as well as telling fans how she actually sleeps at night. This video of Ada Sharma is becoming quite viral on social media.

While sharing the video, Ada Sharma writes that all of you can tag your friends if they are having trouble sleeping at night. This video for all those who cannot sleep at night. Even for those who get sleep during the day. Start sleeping like this every night and your life’s troubles will end. I think when you start doing this people will stop being attracted to you. But yes, the crow will definitely stay with you. In the video, Ada is seen saying that I show how I sleep at night. A thick rope is tied to the tree, on which Ada hangs upside down and lies down. That too with the help of rope.

‘Bad Boy’ actress Amrin did not get the film easily, shared experience of working with Namashi

Zaira Wasim came to the controversy by tweeting on locust terror: Now I am not an actress, do not take words incorrectly

Even before this, Ada Sharma shared a funny video of hers. It can be seen in the video that Ada Sharma is on the roof and she wet the cloth by putting it in a bucket. After this, she starts flipping the cloth in the air with both hands. In the video, he is seen doing action with Pooche. After that dry the wipe on the roof. The song ‘Ek Ladki Ko Dekha Toh Aisa Laga’ was playing in the background of the video.