Aaradhya, granddaughter of Corona virus, gave this lesson to Amitabh Bachchan, Big B was impressed 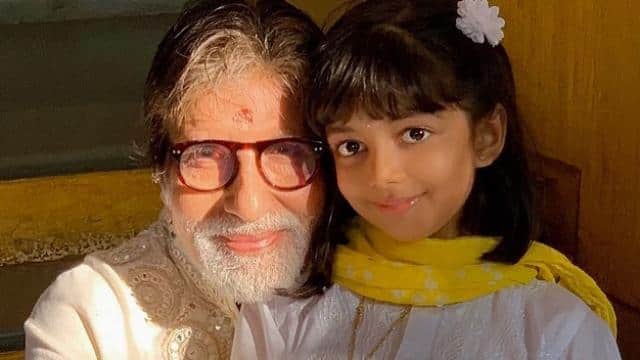 Amitabh Bachchan is quite close to his granddaughter Aaradhya Bachchan. He often shares things related to Aaradhya. Recently, Big B told that Aradhya changed her attitude towards looking at the corona.

Actually, during a TV program, Big B said, Last night my granddaughter Aaradhya saw KBC and said, you know corona definitely means Taj, but in reality it is ‘Karo Na’. I think this is very correct.

After this, when Big B was told that Aaradhya has her grandmother Jaya Bachchan’s jeans, Big B says, thank you … that’s what I was expecting.

Isha Koppikar said about casting couch, many actresses have reached a high position with the help of this

Bobby Deol, who could never say his heart to Dharmendra, said – I will not let this happen to my children

These days Amitabh Bachchan is hosting the 12th season of the popular show Kaun Banega Crorepati. The show is being liked as usual. Earlier Big B was admitted to Lilavati Hospital in Mumbai after being hit by Corona. Recently he started shooting for KBC after defeating Corona.

Anupreet Kaur Jan 28, 2021
new Delhi. Every year as soon as the budget is presented, people are eager to know about the tax slab. Because the…