‘A Kashmiri King and His Justice’ 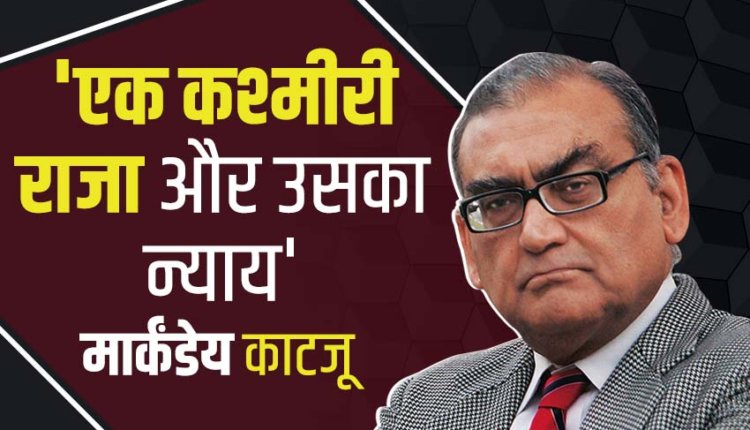 Justice Deepak Gupta, who has recently retired from the Supreme Court, said in his farewell speech that the Indian judicial system has today turned against the poor and the rich. Whereas in fact the judicial system should reverse it in favor of the poor, because the need of protection is for the poor and not for the rich. In this connection, I am referring to a historical incident narrated by the Kashmiri historian Kalhan in the famous twelfth-century Sanskrit treatise, ‘Rajatarangini’ – it describes how a Kashmiri king, Chandra Peed, from his own officers, made a poor tanner ( Cobbler) protected.

The king’s officials had planned to build a temple of Lord Tribhuvanaswami on a land, on one part of which was a cobbler’s hut. Despite the orders from the authorities Mochi refused to remove his hut. When the authorities complained of the cobbler’s rudeness to the king, he reprimanded the officers for trying to encroach on the cobbler’s ground, instead of ordering the hut to be demolished. The king told them:

That is, “Stop building, or build a temple elsewhere!” By illegally depriving a person of their land, how can anyone do a sacred work like building a temple? Being the judge, the one who establishes the basis of right or wrong, if we do the illegal work, then who will follow the law? (Rajatarangini, Chapter 4, pages 59-60)

Overwhelmed by the king’s sense of justice, Mochi demanded to meet him and when he was brought before the king he said: “The importance that this palace holds for you, my hut is equally important to me. I could not bear the thought of his being destroyed. However, if you ask for land, I will leave it due to your virtuous behavior. Then the king bought the land, giving appropriate compensation. Cobbler then folded his hands and said to the king:

That is to say, “Following the principles of Rajdharma, thinking for the advancement of others, is the right behavior for a king. I wish you a pleasant life May you have longevity while maintaining the supremacy of the law. ” (Rajatarangini Chapter 4, pp. 75–77)

Thus, the supremacy of the law under a just king continued to prevail and the weak (cobbler) dominated the powerful (the king’s officers). Perhaps the example of Raja Chandrapeed shows what is going on in the mind of Justice Deepak Gupta and it tells how a true judge should be.

(Author Markandey Katju is a former judge of the Supreme Court and the views expressed in this blog are his personal.)

Video: ‘Laxman’ from Ramayana narrates a funny anecdote, pranks with Ramanand Sagar’s assistant on the set