4 more states including Jammu and Kashmir included in One Nation One RationCard scheme, know what is ration card portability 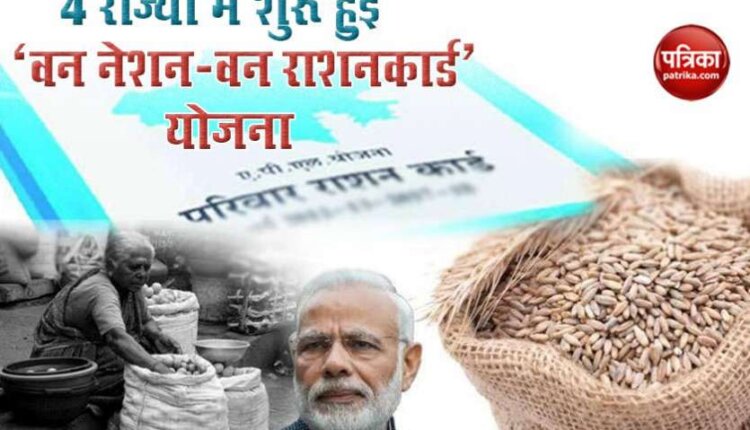 new Delhi. The Central Government is preparing to launch ‘One Nation One Ration Card’. Under this scheme, the beneficiary will be able to buy ration from any public distribution system shop in the country. Those people who get jobs in other states (Naukari) will get the most benefit from this scheme (One Nation One Ration Card). Almost every month, some new state is joining this scheme. Today, the Union Territory of Jammu and Kashmir and 3 states joined the scheme.

This is four states

The Union Food Minister Ram Vilas Paswan (Cabinet Minister of Consumer Affairs, Food and Public Distribution) says that in the government’s ambitious scheme One Nation One Ration Card today Manipur (Manipur), Nagaland (Nagaland), Jammu and Kashmir (Jammu and Kashmir) and Uttarakhand (Uttarakhand) have been added and now ration card portability facility is available among a total of 24 states.

Will get ration easily

Now the people of the remaining states living in these states will be able to take their allotted grain from the government ration shop through their home state’s ration card.

More than 65 crore beneficiaries from 24 states will get benefits

He informed that more than 65 crore beneficiaries of these 24 states under the National Food Security Act, now residing anywhere in these states under One Nation One Ration Card. There will be facility to get their share of food grains. Which will benefit those working in other states.

Know what is mobile number portability

Just like mobile number portability (MNP) (Mobile Number Portability), now ration card can also be ported. Your number in the mobile port does not change and you can use it across the country. Likewise, your ration card will not change in ration card portability. That is, if the ration card holder of one state wants to go to another state and buy a ration card, then his card will be considered valid. That is, he does not need to apply for a new card.

The scheme will be implemented across the country by 31 March

The scheme is targeted to be implemented across the country by 31 March 2021. After that the people of the whole country will be able to get government ration of their quota from anywhere in the country. However, sources in the Food Ministry say that by the end of this year, efforts are being made to implement it nationwide.

Kisan Samman Nidhi: farmers will get 2-2 thousand rupees in the account, from today to November 30 benefits