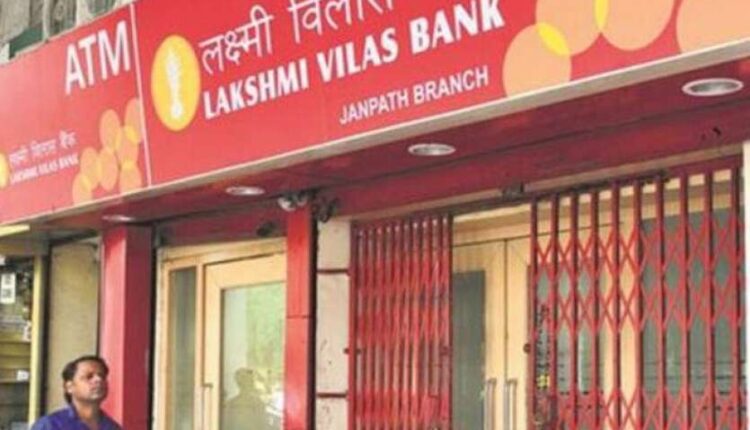 new Delhi. Today, the stock market has also suffered a major setback after several restrictions on Laxmi Vilas Bank and putting in moratorium. The bank shares have a lower circuit of 20 per cent. Surprisingly, even after Singapore’s DBS Bank announced an investment of Rs 2500 crore in Lakshmi Vilas Bank, the shares of Lakshmi Vilas Bank did not show up. Let me tell you that the RBI has put the submerged Lakshmi Vilas Bank on the moratorium for a month. It has also proposed to merge the bank with DBS.

Also read: Gold-Silver Rate: How much gold has become cheaper after Diwali, the price of silver has also come down drastically

Even after the announcement of 2500 crores, there was no effect
However, after the approval of the bank merger proposal by Bank DBS of Singapore, it has also announced to add liquidity of Rs 2500 crore. The bank says that if the merger is approved by the government, after that it will add liquidity of Rs 2500 crore to this bank. Even after this announcement, there is no significant difference in the shares of Lakshmi Vilas Bank. Let me tell you that the merger process will be started one month after the moratorium is over.

Also read: After two weeks, the market slipped, Sensex and Nifty on the red mark

RBI has proposed merger
The Reserve Bank of India on Tuesday proposed the merger of Lakshmi Vilas Bank with DBS Bank India Limited. DBS Bank India Limited is a pre-owned subsidiary of DBS Bank Limited, Singapore. The proposal is made after the RBI placed Lakshmi Vilas Bank under a 30-day moratorium. The central bank has decided to take the bank’s board under its control, citing the bank’s financial condition deteriorating.

RBI appointed as publisher
The Reserve Bank of India has reported that TN Manoharan, former non-executive chairman of Canara Bank, has been appointed as the bank’s administrator. According to RBI, DBS Bank Singapore is a subsidiary of Asia’s leading financial services group DBS Group Holdings Limited and thus has a strong ancestral advantage.

Also read: Today’s prices of petrol and diesel have come, know how much the price has become

One month moratorium
In a statement, the country’s top bank said that DBS Bank India has a strong balance sheet, with strong capital support. Its total regulatory capital on 30 June was Rs 7,109 crore as against the capital of Rs 7,023 crore as on 31 March. Lakshmi Vilas Bank Limited has been placed under Moratorium on 17 November, which will remain in effect till 16 December.