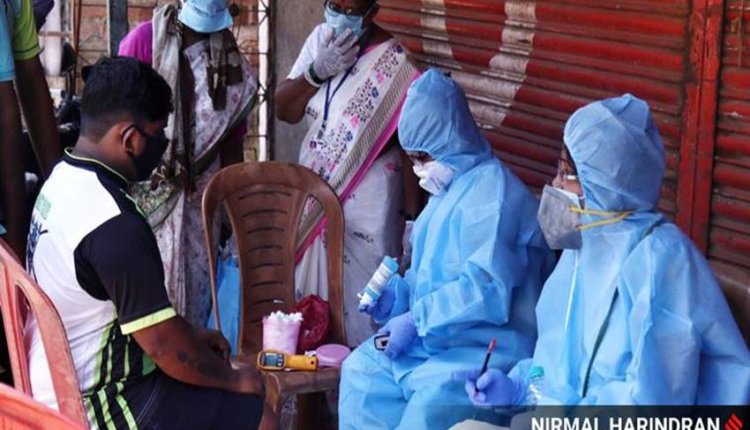 Bihar Coronavirus Cases LIVE News updates, Bihar Corona Cases District-Wise Today update: A record 130 cases of Corona have been reported in Bihar on Tuesday (May 13). With this, the total number of corona infections in the state has increased to 879. There are a total of 18 new cases in the capital Patna. There are also 6 BMP jawans in Patna who have been found to be corona positive. The infection of corona has now spread to all districts in 38 districts of the state. So far, Jamui district was left out of the scope of this infection but on Tuesday it too fell into its grip.

State Principal Health Secretary Sanjay Kumar said that on Tuesday, 16-16 in Jehanabad and Khagaria, 14 in West Champaran, 12 in Nalanda, 9 in Begusarai, 4-4 in Madhubani and Nawada, 3 in Muzaffarpur, Darbhanga, Aurangabad, Saran , Sheikhpura, Samastipur and Gopalganj have reported 2-2 new patients. Supaul, Purnia, Bhagalpur, Siwan, Katihar, Bhojpur, Jamui, Lakhisarai, Munger and Arwal have also identified one new patient each. Thus, a total of 879 people in the state have been infected by this global epidemic. However, 383 patients have been cured in the state so far.

The first case of Corona in Bihar came to light on March 22 when the investigation report came after the death of a young man from Munger. Since then, Bihar has gradually become one of the top 14 states in the country, where Corona has the highest number of cases in a total of 52 days. States ahead of Bihar include Karnataka, Jammu and Kashmir, Telangana, Punjab, West Bengal, Andhra Pradesh, Uttar Pradesh, Madhya Pradesh, Rajasthan, Tamil Nadu, Delhi, Gujarat and Maharashtra.

The number of corona victims in the country continues to increase. So far, the number of infected in India has crossed the figure of 74 thousand. At the same time, the death toll has also reached 2415. The only positive news is that 1871 patients have also recovered in the country in the last 24 hours. That is, if the proportion of total infected and cured people is removed so far, 31.7 percent of people suffering from corona have recovered and returned to their homes.