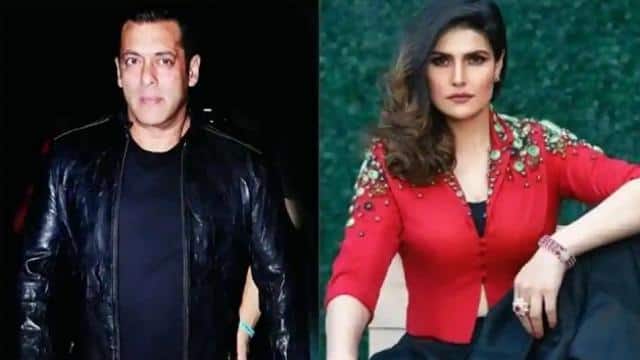 Zarine Khan started her career in Bollywood with the film Veer. Now while talking to Hindustan Times recently, Zarine shared his experience remembering the early days of his career. Zarine said, ‘It was very difficult for me from the beginning. When Veer did not get good response, people held me responsible for it. At that time, I was new and not perfect. Nobody understood me. I had become a soft target for people. After that film I found it very difficult to get work.

Zarine further praised Salman, saying, ‘Salman had changed my life. But people think that it is because of them that I get work now. this is wrong. They just made me enter this industry, after that I got films because of my work. I can’t always be a burden on Salman. Even when something was not going right, he believed in me again and took me in character loose.

Zarine recently also said that I am the only one earning at my home. In such a situation, when I have not been working for four months, then I am having a lot of trouble. Zarine said that my father and grandfather did not have so much savings that we could sit and eat, so I had to work and now all my savings are ending so I am waiting for work as soon as possible. Zarine also gave a statement on the CBI investigation of Sushant Singh Rajput and said that it is good that soon people will know the truth and Sushant will get justice.

Zarine also said that many people offer her hot and glamorous characters but she says no to them. Along with this, he talked about his film Hum Bhi Akele Tum Bhi Akele and said that although my film has got many awards, the OTT platform is not ready to release it as a small film.