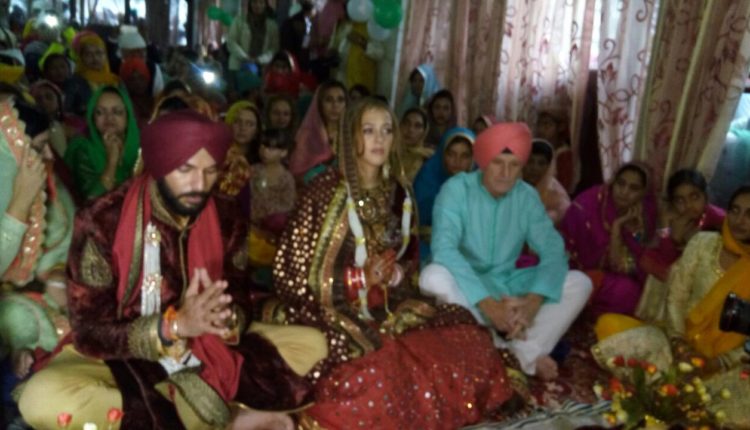 Indian cricketer Yuvraj Singh married to model Hazel Keech in Chandigarh. Anand Karaj ceremony took place on Wednesday in Fatehgarh Sahib Gurudwara in Chandigarh. They married according to the Sikh rituals in Chandigarh; the couple will marry in Goa with Hindu rituals.

To happy times ahead ! ?☝?️???? @hazelkeechofficial

Yuvraj’s closest family members and friends were present on occasion. In the morning Haldi ceremony of Yuvraj was celebrated. Yuvraj’s close friends Angad Bedi was seen in the tradition. On Tuesday, Mehandi and sangeet ceremony celebrated in Hotel Lalit. After winning the match against the England cricket team, Indian cricket team was also present in the event. Virat Kohli was seen dancing fiercely.

Starting a new innings today ! Thank you for your love please bless the couple @hazelkeechofficial ❤️?