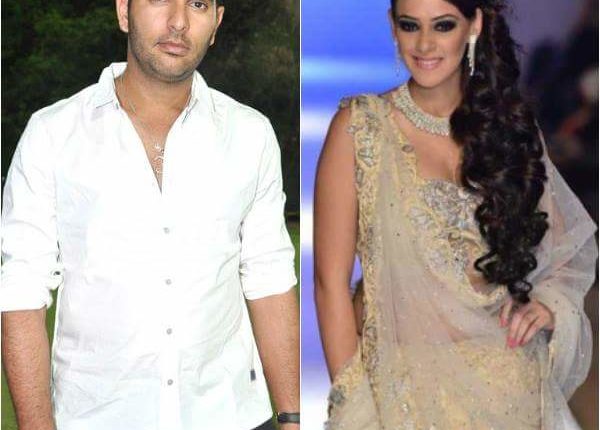 It seems the wedding spree has engulfed the Indian cricketers. After Harbhajan Singh’s move out of the bachelor zone, it’s Yuvraj Singh’s turn. According to the reports, Yuvraj got engaged to the model-actress Hazel Keech in Bali on Diwali (Wednesday).

If the reports are to be believed, then the duo will be tying the knot in February next year. The ceremony was a complete private and family affair.

Reportedly, the duo, who knew each other since three years, started dating three months ago, and also managed to keep the paparazzi at bay.

The 28-year-old Hazel appeared in the Bollywood film Bodyguard and was also a contestant in the reality show Bigg Boss Season 7.

The dating rumours of Yuvraj and Hazel had surfaced a few weeks ago, but he hushed it by calling it false. It all began when during a series of tweets with Harbhajan Singh, Yuvraj had hinted about marriage.

Yuvraj and Hazel had also attended Harbhajan Singh’s wedding.
Sharing about the engagement with a leading daily, Yuvraj Singh’s father Yograj Singh admitted that Yuvraj had introduced him to Hazel.

“I was introduced to her by Yuvraj and she is a very nice girl. I am confident that marrying her will change his fortunes and he will return to the national squad,” Yograj told TOI.
Regarding Yuvraj’s exclusion from the Indian cricket team, Yograj said, “He definitely has it in him to represent India. It is sad how Mahendra Singh Dhoni spoilt his international career. The same had happened to me when my friend Kapil Dev had destroyed my India career.”
Though pictures of Hazel and Yuvraj have gone viral online, an official confirmation from the duo is still awaited.