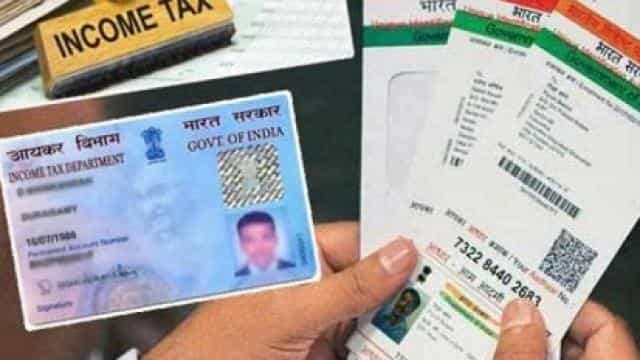 Finance Minister Nirmala Sitharaman on Thursday launched the service of issuing an online permanent account number (PAN) number, giving details of Aadhaar immediately.
In the Budget 2020-21, it was proposed to introduce the system of issuing online PANs immediately through Aadhaar details. There will be no need to fill the detailed application form. The objective behind this is to facilitate the process of pan allocation. The Central Board of Direct Taxes (CBDT) said in a statement that the finance minister formally launched the service on Thursday.

CBDT said that this facility will be available to those PAN applicants who have a valid Aadhaar number and their mobile number is linked with Aadhaar. The process of allotment will be document-free and electronic PAN will be issued to the applicants free of charge. The beta version of instant PAN allocation on trial basis was launched on February 12, 2020 on the e-filing website of the Income Tax Department. Since then, till May 25, 2020, 6,77,680 PANs were issued.
The CBDT stated that by May 25, 2020, 50.52 crore PANs have been issued to taxpayers. Of these, 49.39 crore have been released to individual people, of which 32.17 crore are linked to Aadhaar. The last date for linking Aadhaar with PAN is 30 June 2020.

To get the PAN number, the applicant has to go to the e-filing website of the Income Tax Department and provide his valid Aadhaar number. After that, he will have to give information about the OTP found on the mobile number linked to Aadhaar. A 15-digit acceptance number will be received after this process is completed. Applicant will be able to know the status of their application by providing a valid Aadhaar number. After successful PAN allocation, he will be able to download e-PAN.
The e-PAN will also be sent to the applicant on his e-mail.

These giants did not like Corona vaccine rollout and vaccination process, so much…