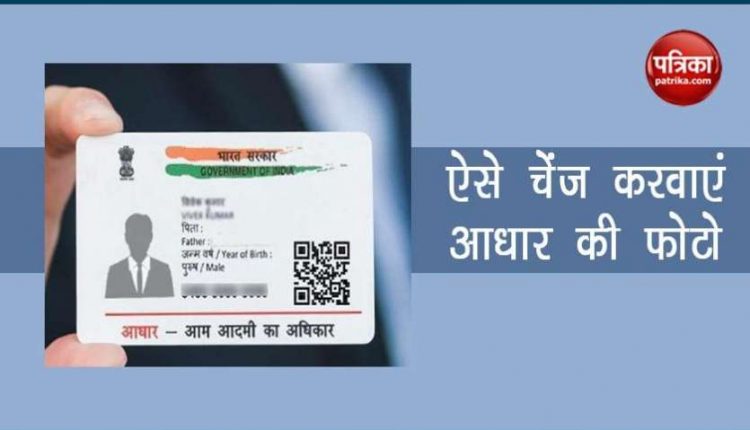 new Delhi. The Aadhaar Card has become an important part of every Indian’s life. This ID is required to open a bank account and prove your identity. Therefore, to avoid any problem and update the Aadhaar Card, the Aadhaar card has become the most important document. The Aadhaar card contains the database of every Indian citizen such as name, address, mobile number, e-mail, photo and biometric. It is important to always keep this information up to date. People usually face difficulties for their name, address, mobile number, photo and biometric updates.

Mobile number will have to be linked to Aadhaar to get Corona vaccine, learn procedure

2 ways you can update photos in Aadhaar
If your Aadhaar card is old enough, you can update your photo in 2 ways. First of all, you can get your photo changed by visiting the nearest Aadhaar card center, for which you will have to pay a charge of Rs 50. While the other way is to update the Aadhar card through post. You have to send this post to UIDAI office.

Get Fota update done through such nearest Aadhaar center
First of all, open Aadhaar’s official side UIDAI on Google.
After this, you will see the gate base section on the left hand side screen. From here you download the Aadhaar enrollment-update form.
Now after filling the form properly, go to the Aadhaar Enrollment Center and submit it.
At the center, you will have to get your biometric data captured again.
-The process involves your photoe fingerprint, retinal scan.
-At this time your Aadhaar details will be updated.
With the updated picture, you will get a new Aadhaar card within about 90 days.

Change photo in Aadhaar through post
First of all, you have to go to the UIDAI portal and download the Aadhaar Card Update Character Form.
– After downloading the form, you fill in the information correctly.
After this, write a letter to update the Aadhaar card in the name of the UIDAI office.
Attach your self attested photo with this letter.
After this, post both the form and the letter to the address of the UIDAI office.
– You can get the address of your nearest UIDAI center from the online site.
– Within two weeks you will get a new Aadhaar card with new photograph.

Budget 2021: 5G will be the backbone for 5 trillion economy, big announcements possible for telecom sector in budget

To understand the nuances of Budget 2021, these 10 words should be known, know what they mean