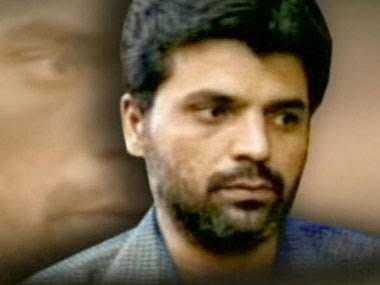 The Supreme Court and Maharashtra Governor Vidyasagar Rao rejected the mercy petition filed by Yakub Memon, a convict in the 1993 Mumbai serial blast case. However, another verdict is awaited as Yakub Wednesday morning filed a fresh mercy plea for the second time with the President Pranab Mukherjee. Though the President had refused for mercy to Yakub in the first time, a contrary decision would be nothing less than a miracle.

For the moment, Yakub will be hanged tomorrow, on 54th birthday, at 7 am in the Nagpur prison. The TADA court had issued a death warrant for Yakub on April 30. According to the sources, Yakub’s wife might travel to Nagpur to meet him before he gets hanged tomorrow. The apex court said, “Issue of death warrant is in order.”

The matter had been referred to the Chief Justice of India (CJI) HK Dutta to constitute a larger bench to hear Yakub’s plea after a two-judge bench on Tuesday failed to give a common verdict. Consisting of Justice AR Dave and Justice Kurian Joseph, Dave dismissed Yakub’s petition while Joseph announced a stay on Yakub’s plea claiming that there has been “procedural violation”.

The larger bench constituted Dipak Misra, Prafulla Pant and Amitava Roy who reviewed Yakub’s petition on Wednesday. They even clarified that the legal procedures were correctly followed in Yakub’s curative petition. The Supreme Court had also rejected his final petition for review of a death sentence on July 21, 2015.

A chartered accountant by profession, Yakub Memon is an Indian terrorist convicted on July 2007 due to his involvement in the 1993 Mumbai blast in which nearly 257 people had died. He is the brother of Tiger Memon, the main accused in 1993 blast case and has been missing since 1993. Yakub had managed Tiger’s account and had financially helped Tiger and Dawood Ibrahim in executing the bomb blasts.