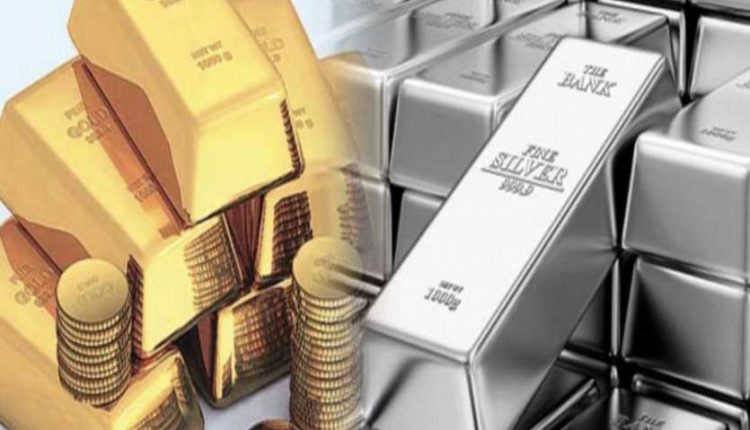 new Delhi. The news of the $ 900 billion economic package being agreed to in the US Parliament has once again sparked the bullion market. There is a boom environment from foreign markets to Indian markets. Where gold on Comex has crossed $ 1900 an ons. While the price of silver has reached close to $ 27 an ons. Whereas in Indian markets, silver is trading beyond 70 thousand rupees per kilogram. On the other hand, there is an atmosphere of rapid rise in the price of gold. Another reason for the rise in the price of gold and silver is the increasing effect of Corona virus in London. Let us also tell you what the prices of gold and silver have become in New York, London and New Delhi.

Gold prices rise in foreign markets
First let’s talk about the price of gold in foreign markets. In New York’s Comex market, gold has once again crossed the level of $ 1900 an ons. Currently, gold is trading at $ 190.80 an ons with a gain of $ 12.90 an ons. Whereas in the European market, the price of gold spot is seeing a rise of 21.71 Euro per ons. Because of which the price is trading at 1555.60 Euro per ons. While the London markets are seeing an increase of 28.56 pounds per ounce. As a result, the price has increased to 1418.72 pounds per ounce.

Tremendous rise in silver prices in foreign markets
At the same time, there is a tremendous jump in the price of silver in foreign markets. First of all, if you talk about New York’s Comex market, the price is trading at $ 26.88 an ons, with a rise of 3.25 percent. In European markets, silver is trading at 21.86 euros an ons, with a gain of 3.77 euros an ons. At the same time, the highest prices have increased in Britain. Silver is trading up by 4.49 per cent at 19.93 pounds per ounce.

Also read: Petrol Diesel Price Today: Petrol and diesel prices are the same for two weeks, know how much to pay

Silver crosses 70 thousand rupees
On the other hand, there is an atmosphere of tremendous rise in the price of silver in the Indian futures market. Currently, silver is trading at Rs. 704,111 per kg, rising by Rs. 2204 per kg at 10.8 am. While today silver opened at Rs 68,958 per kg. Whereas during the trading session today, silver reached the all-time high of Rs 70,298 per kg. On Friday, silver had closed at Rs 67,907 per kg.

What do you know
According to Ajay Kedia, director of Kedia Advisory, the rise in the price of gold and silver has been seen for two main reasons. The first reason was the agreement on the US package, which was being debated for the past one month. The second reason is the rising outbreak of Corona virus in Britain. In the coming days, the price of gold and silver may see an upward trend.

US economy gets 900 billion dollar booster dose in stock market