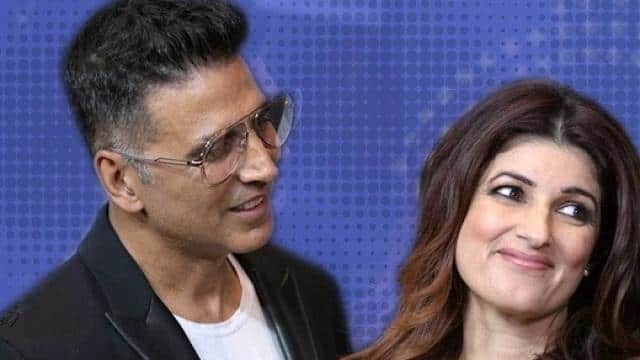 Twinkle Khanna is always in the headlines for her funny statements. Now recently he has shared a funny meme. This meme explains why Twinkle is not a big star like husband Akshay Kumar. Actually, Captain America has a fight scene with Chris in the Mim shared by Twinkle. It shows that Captain America asks why Akshay Kumar’s wife Twinkle Khanna is not a big star?

After which, Jaspal asks why? So Captain America says, ‘Because Twinkle-Twinkle Little Star’.

While sharing this meme, Twinkle wrote, how will you know that you are a big star. When you become part of a famous meme.

How do you know if you are a bonafide star? When you become part of a famous meme. #LittleStarProtestsAgainstSizeDiscrimination pic.twitter.com/LPb4zR1Rbe

Earlier, Twinkle shared a photo of her sleeping. While sharing this photo, Twinkle had told that she was studying with her daughter, but then she caught his eye. He also wrote, ‘Does this happen to everyone or am I in a phase where my brain starts blurring at four o’clock in the evening’.

Once Twinkle had told about how her son Aarav reacted by watching his kissing scene in the film. Twinkle said in an interview, ‘I don’t like my children watching my movies. My son is very naughty. He plays that clip of my film Jaan in which I have a kissing scene. He made fun of my scene. Not only that, on one of my birthdays, he had made a collage for that scene.

By the way, let Akshay and Twinkle’s son Aarav stay away from Limelight. He always avoids being exposed to the camera.