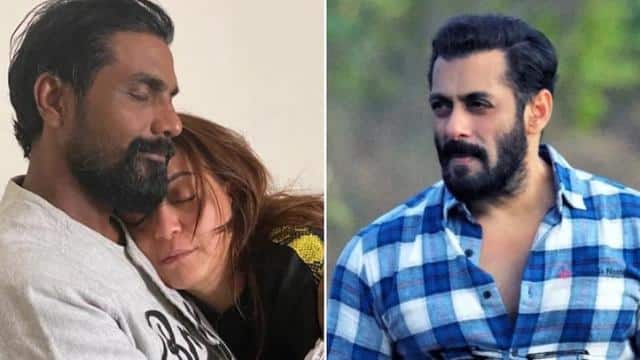 Famous choreographer Remo D’Souza returned to his home a few days ago, recovering from the hospital. Remo was undergoing treatment at Kokilaben Hospital when he had a heart attack. After Remo came home, Remo’s wife Lizelle called Salman Khan an angel on Instagram by posting a post on the occasion. He thanked Salman for helping him. In such a situation, questions were arising in everyone’s mind that what did Salman do for which Lizelle has called him a fatigu. Now the reason has been revealed.

A source told E Times how Salman Khan had helped Liesel and Remo. The source said that after reaching the hospital with Remo, Liezel first called Salman Khan. Salman’s phone was busy at that time. He returned the call 5 minutes later. Liesel was crying because the doctor told Remo to have a major heart attack.

Bharti Singh’s husband Harsh tightened up on the ongoing investigation into the drugs case, saying – these days people come to see me in the morning.

During Remo’s surgery, Salman keeps trying to calm Liesel on the call. Liezel did not even inform the children of her husband’s condition. The older son had gone to sleep and the younger son was in the gym. The source further revealed that even after Remo came home after being discharged from the hospital, Salman Khan was in touch with Liesel and was taking stock of Remo’s condition.

Salman Khan celebrates his birthday by cutting cake in this style, video surfaced

What happened that day
The report stated that Remo used the treadmill and after that he was exercising. He also asked Liesel to do the workouts. During this, the chest suddenly got sharp pain in Remo’s. Initially, the couple thought it was acidity. Remo vomited as soon as he reached the stairs. Liezel checked her heart beat which was perfectly fine. After this, when Liezel checked Remo’s ECG, she was non-conclusive, after which she was very nervous.

When the E-Times spoke to Liezel about this, he said, “I don’t want to tell too much but everyone knows that Salman’s heart is very big.”

TCS and Infosys earn more than Reliance, know how much market cap has increased