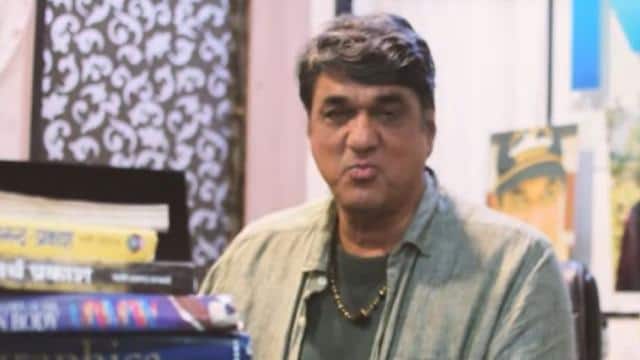 Actor Mukesh Khanna has not married yet. In a video interview, he himself explained the reason behind this. Mukesh Khanna says, “Marriage is theirs, whose fate is written in it.” By the way, because of my habit of speaking, I have a lot of contractual things associated with me. I want to end a contravention in my life that has been going on for many years. “

Mukesh further says why did I not get married? At one time it was the favorite question of every journalist. Let me tell you that I am not against marriage. People often said that Mukesh Khanna played Bhishma Pitamah, whom he is adopting in his personal life, so he did not marry. Let me tell that I am not so great and no man can become Bhishma Pitamah. I did not take any Bhishma pledge in my personal life, but let me also say that no one would consider the Institution of Shaadi Name more than me. I am not against marriage. It is destined to be married. Affairs would not have been written.

Nattu Kaka of ‘Tarak Mehta Ka Ooltah Chashma’ gets a place in the show at the behest of ‘Jethalal’, will soon return to the show

Ranu Mandal’s condition is poor, due to corona virus, shadow again in life

Mukesh says, “Two souls meet in marriage, coming from above writing.” Two families are committed, two family genes are committed. I believe that no one knows the truth. Marriage is of two souls who live together 24 hours. They have to live together and their lives change together and the fate of the two collides and also helps each other. I will have to get married, now a girl is going to be born, not for me. Marriage is my private matter. I have no wife. Let me end the marriage contraption. “

Government schemes that double the money, millions of rupees will be made in a few months, know what is KVP scheme