Why did Anupam Kher delay in seeking a CBI inquiry for Sushant, the reason for this 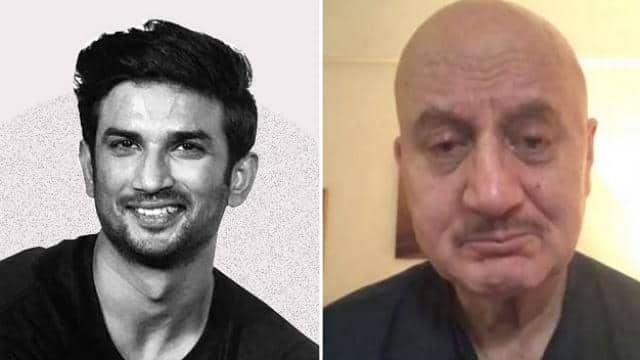 Bollywood stars are also demanding a CBI inquiry for the actor in the Sushant Singh Rajput suicide case. Anupam Kher is also included in this list. During an interview recently, Anupam explained why he took so long to demand a CBI inquiry for Sushant.

Speaking to Times Now, Anupam Kher said, ‘Before speaking on any issue you have to understand the things related to it. You cannot take a decision just by watching it on TV. You also have to apply your intelligence.

He said, ‘For the first 15 days we all felt that this is a case of suicide. Amidst all this, you also fear that if I take this side, then I should not become a Victim among all these things. You are a public figure, I understand, but when the truth is out, you should speak it at some time. ‘

Two months have passed since Sushant died. On 14 June, Sushant’s body was found in his flat in Mumbai. Since then, there have been many diversions in this case. While initially this incident was termed as suicide, later the whole episode took a new turn when Sushant’s family registered a case in Patna. Several FIRs were filed against Riya Chakraborty, her brother Shouvik Chakraborty. Sushant’s father made serious allegations against Riya in the FIR. Patna Police team Mumbai Gayai.

Ankita Lokhande broke silence on the news of Sushant getting her flat EMI filled, shared photos

Sushant Singh’s PA Shruti Modi also knows many secrets related to her death. Investigation agencies have also prepared a list of questions for Shruti. According to sources, Shruti was also very close to Riya Chakraborty. She also knows Siddharth Pithani very well. It is believed that Shruti could open many secrets related to Sushant’s death. The team investigating this matter can also interrogate them long.