‘Why are they speaking in Kapil’s biography?’, Nitish Bhardwaj, who came in support of Mukesh Khanna, reprimanded Gajendra Chauhan 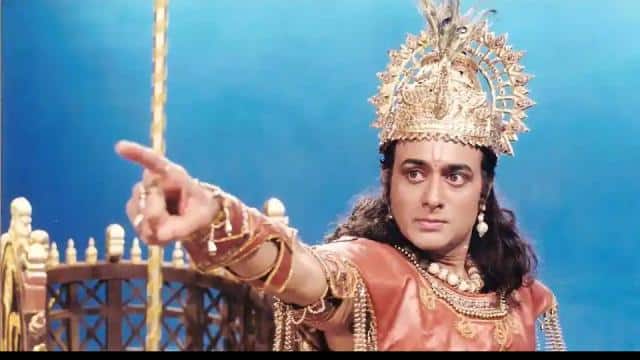 Actor Nitish Bhardwaj has expressed his displeasure against co-actor Gajendra Chauhan of the show ‘Mahabharata’, calling Mukesh Khanna a ‘flop actor’. Nitish advised Gajendra that he should follow the restraint of his onscreen character ‘Yudhishthira’ even in his real life. Mukesh Khanna recently gave the reason behind Kapil Sharma not being a part of the show. After which Gajendra Chauhan made indecent remarks for Mukesh Khanna.

Nitish played the role of Shri Krishna in the ‘Mahabharata’ serial. Reminding Gajendra’s career graph, Nitish said, “It is not a good thing to comment on one’s performance or career graph. We all saw how Gajendra performed as chairman of FTII apart from his films and politics. Has done. He is only taking out his frustration by commenting on Mukesh’s knowledge and his performance. “

‘This photo is not fake but …!’, Anoop Jalota told the truth behind viral ‘wedding’ photos with Jasleen

Nitish spoke to the Bombay Times over the altercation between Gajendra and Mukesh and claimed that all his co-actors are not happy with Gajendra’s comment. He said, “Five of us, who are among the top actors of the show, are not happy with the conversation going on between Mukesh Khanna and Gajendra Chauhan. I think every person has the right to express their views. If Kapil Sharma Mukesh has this opinion about the show, so this is his view. If anyone has the right to react, it should be Kapil and his team. Why is Gajendra talking on behalf of Kapil or defending his show? Are. “

Who hanged himself with Rekha’s scarf? Know some unheard stories related to actress

Let us tell you that Kapil Sharma’s show recently had the star cast of the serial ‘Mahabharata’, but during this time Mukesh Khanna remained absent from the show. When there was talk of not coming to his show, he had told through social media that he feels Kapil’s show is ridiculous.

Like e-commerce site, you will now be able to shop from Youtube, these new features will be added

RBI changes the rules of RTGS, service will be used 24 hours from December