Which actor is the favorite of Aamir Khan, Hrithik Roshan and John? When Abhishek Bachchan gave a funny answer to the question 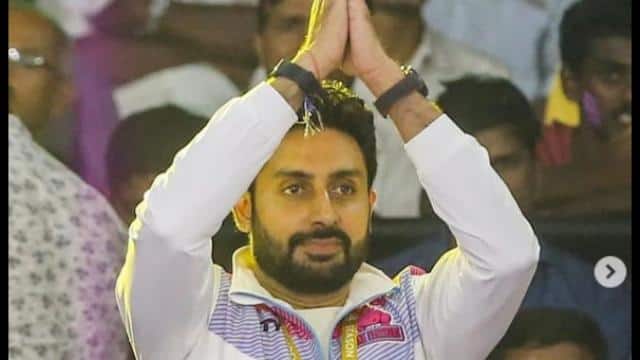 Abhishek Bachchan has talked about his co-actors Aamir Khan, John Abraham, Hrithik Roshan in the three series of the film ‘Dhoom’. John Abraham in ‘Dhoom’ and Hrithik Roshan in ‘Dhoom-2’ played the role of the villain, while Aamir Khan appeared in the role of the villain in the third part of the film. In an old interview, Abhishek Bachchan was asked which co-actor he liked best in the film. To which Junior Bachchan gave a very funny answer.

During a promotional interview for ‘Dhoom-3’ in 2013, Aamir asked Abhishek which one of John and Hrithik he enjoyed working with the most. Abhishek named his wife Aishwarya Rai Bachchan without delay. Who played Hrithik Roshan’s associate in the film ‘Dhoom-2’.

Bigg Boss 14: Pavitra Punia spoke about her feelings for Ejaz Khan – I will not call it love

Aamir Khan told Abhishek Bachchan that he had to choose from the choices given by him. Abhishek said in an interview with Radio Mirchi, “I will name John and Hrithik because I worked with them.” I was not working with you. Uday (Chopra) and I were trying to know and learn more and more from you. To say that ‘working with you’ will make you stand on our level is wrong. “

Abhishek had said that the fun of making every part of the film ‘Dhoom’ was different. He said, “With John, it was the first film. There was a passion, a passion. We had no expectations from the film. We enjoyed while making the film and it became a hit. It was a different experience. “Abhishek had said that Hrithik and Uday are his childhood friends, so the fun of working with him was different. While Bachchan, Jr., described the experience of working with Aamir Khan as brilliant.

Crude oil crosses $ 50, relief still continues in India, know how much to pay for petrol diesel