Where and how much will be the concession in the fourth phase of lockdown? Learn 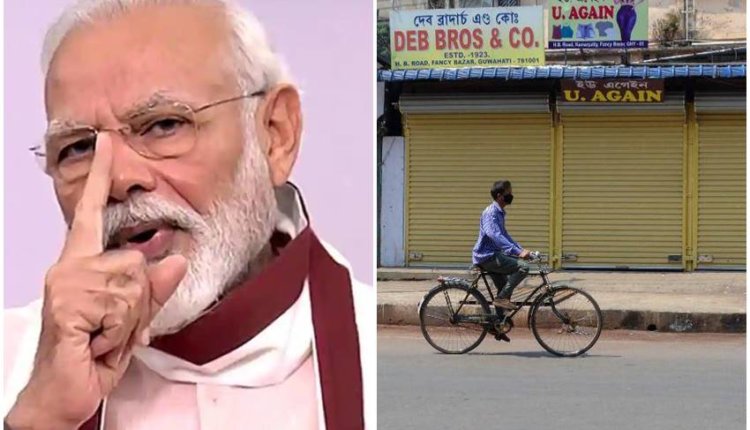 Prime Minister Modi, during his last nation’s address, said that the lockdown 4.0 will be new. This would be different from the previous three lockdowns. According to Home Ministry officials, the new guidelines of Lockdown 4.0 can be released by the Central Government soon. Officers are also busy in filing guidelines. It is being said that on May 16, new guidelines can be released. In Lockdown 4.0, a lot of sectors can be considered. However, precaution regarding social distancing and cleanliness will remain as before.

According to a Home Ministry official, everyone has to take care of social distancing and cleanliness and strictly follow the guidelines issued by the government. This will make people easier to rescue and at the same time better arrangements can be made about the health of the people through the Arogya Setu app. All states are committed to fighting the corona virus.

Concession can be found in these areas: On behalf of the central government, the state governments may allow buses and taxis to run in the green zone. Apart from this, transport and industry can also be allowed to run in the state. However, the state governments will have to ensure that all the arrangements are made for the precautionary measures from Corona, besides hardware shops and bike repairing shops are also expected to be opened.

Metro Rail service can also be started: DMRC is also in readiness for Lockdown 4.0. A strategy is being chalked out to follow the social distance in coaches and premises of Delhi Metro. Alternate seating is being arranged in the metro coach. Signal, track and all other technical aspects are being thoroughly investigated and cleanliness is being completed.

Delhi Chief Minister Arvind Kejriwal also sought opinion from the common people to send suggestions to the Central Government for Lockdown 4.0. Kejriwal said that while some people are in favor of losing school and coplex with social distancing, many people have asked not to do so at the moment.

It is also being said that domestic airlines can also be resumed from May 18. However, the movement of aircraft will be less in the first phase. Depending on the situation, they will be decided further. Let us know that till May 15, PM Modi has sought suggestions from the Chief Minister of the states regarding lockdown 4.0, after which new guidelines will be released regarding lockdown 4.0.

‘Nirmala ji’s serial running for 3 days, but no one else is affected’